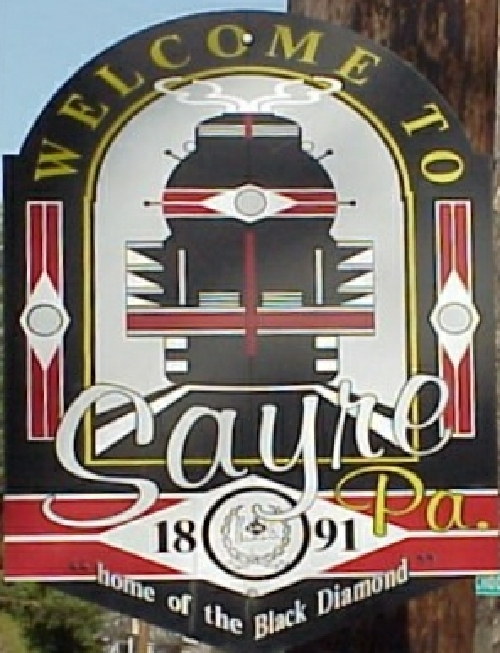 HARRISBURG – State Sen. Gene Yaw (R-23) and Rep. Tina Pickett (R-110) have announced $475,000 in state investments have been awarded for projects in Sayre, Bradford County. Funding for these projects was approved by the Commonwealth Financing Authority (CFA).

Projects receiving (partial) funding from the Multimodal Transportation Fund include:

“The Borough of Sayre is very excited and appreciative to be awarded a $375,000.00 grant for the Borough’s Downtown Streetscape Project,” said David M. Jarrett, Borough Manager. “The downtown streetscape project will ensure the success of the ongoing cooperative effort between Sayre Borough, Bradford County, and the Guthrie Healthcare system to revitalize the downtown business district. More than $3,000,000.00 of private and local government funds have been invested in the downtown business district since 2016 and there are several new projects planned in 2021 and 2022. Key components of the project will be the creation of outdoor dining areas at the various downtown restaurants and enhancements to pedestrian safety throughout the downtown area and the streets that border the Guthrie medical campus.”

The borough was also awarded $100,000 from the Greenways, Trails and Recreation Program. Funding will assist with the third and final phase of the Diahoga Trail project on top of the borough’s levee system, which includes construction of 3,700 linear feet of trail from Riverfront Park to the existing Destiny Kinal Trail.

“The construction of this trail will connect the boroughs of Sayre and Athens and provide residents and visitors with nearly a two-mile contiguous pathway that is free of motorized traffic, but accessible to the downtown business district,” Pickett said.

“I was pleased to support and advocate for the Sayre projects that were approved today by the CFA,” Yaw said. “These investments will have a positive impact for all area residents.”

The Multimodal Transportation Fund provides grants to encourage economic development and ensure that a safe and reliable system of transportation is available to state residents.

The Greenways, Trails and Recreation Program offers funding assistance with the planning, acquisition, development, rehabilitation and repair of greenways, recreational trails, open space, parks and beautification projects. It is supported by the Marcellus Legacy Fund established by Act 13 of 2012.

The grants were approved by the Commonwealth Financing Authority, which was established as an independent agency that holds fiduciary responsibility over the funding of programs and investments in Pennsylvania’s economic growth.