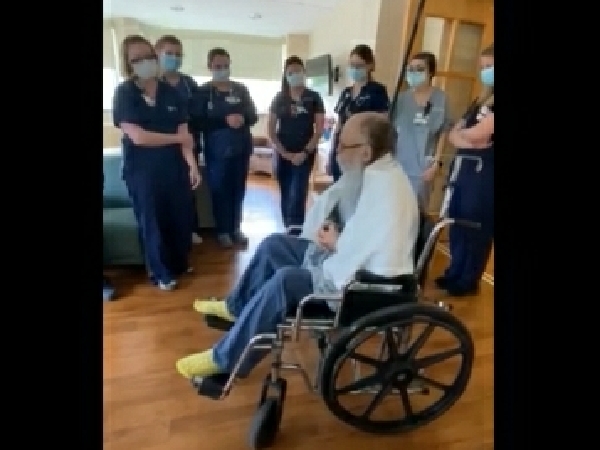 (Sayre, Pa.) – When the nurses on Guthrie Robert Packer Hospital’s 5 Main unit learned that one of their patients was forced to give up his hobby of playing guitar due to neuropathy from his cancer treatment, they pooled their money to offer him the next best thing, a mandolin.

The idea for the gesture was spurred from a conversation that patient Rodney Dayton, age 67, of Horseheads, had with one of his nurses, in which he explained the mandolin was easier to play. Within one hour, the staff on the unit had raised enough money to purchase one from nearby Yale’s Music Shop in Athens, Pa.

When the nurses later presented the gift to Rodney, he was left speechless.