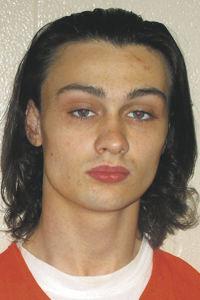 Chenago County Grand Jury handed up a sealed indictment Thursday against Cody D. Coleman, age 18 of the Town of Smithville, for Murder in the Second Degree, Criminal Use of a Firearm and Criminal Possession of a Weapon in the death of Amelia C. Wakefield, age 16, a junior student at Oxford Academy High School. Coleman pleaded not guilty Friday in Chenango County Court.

On May 4, the victim was taken to Lourdes Hospital in Binghamton for an autopsy. The results of the autopsy and investigation were presented to the Grand Jury on May 16. The grand jury handed up a sealed indictment Thursday against Coleman.

In a statement on the Oxford Academy & Central School website, Superintendent Shawn Bissetta wrote: “Amelia, an 11th grader who spent her entire school career at Oxford Academy, was a member of our soccer and basketball teams. She was a valued part of our school community and will be remembered always … The Oxford community is clearly compassionate and resilient. We trust that you will join us in keeping Amelia’s family and friends in your thoughts and prayers during this immensely difficult time.”

Any crime described in this press release from the Chenango County Sheriff’s Office are allegations and suspects named are innocent until proven guilty in a court of law.