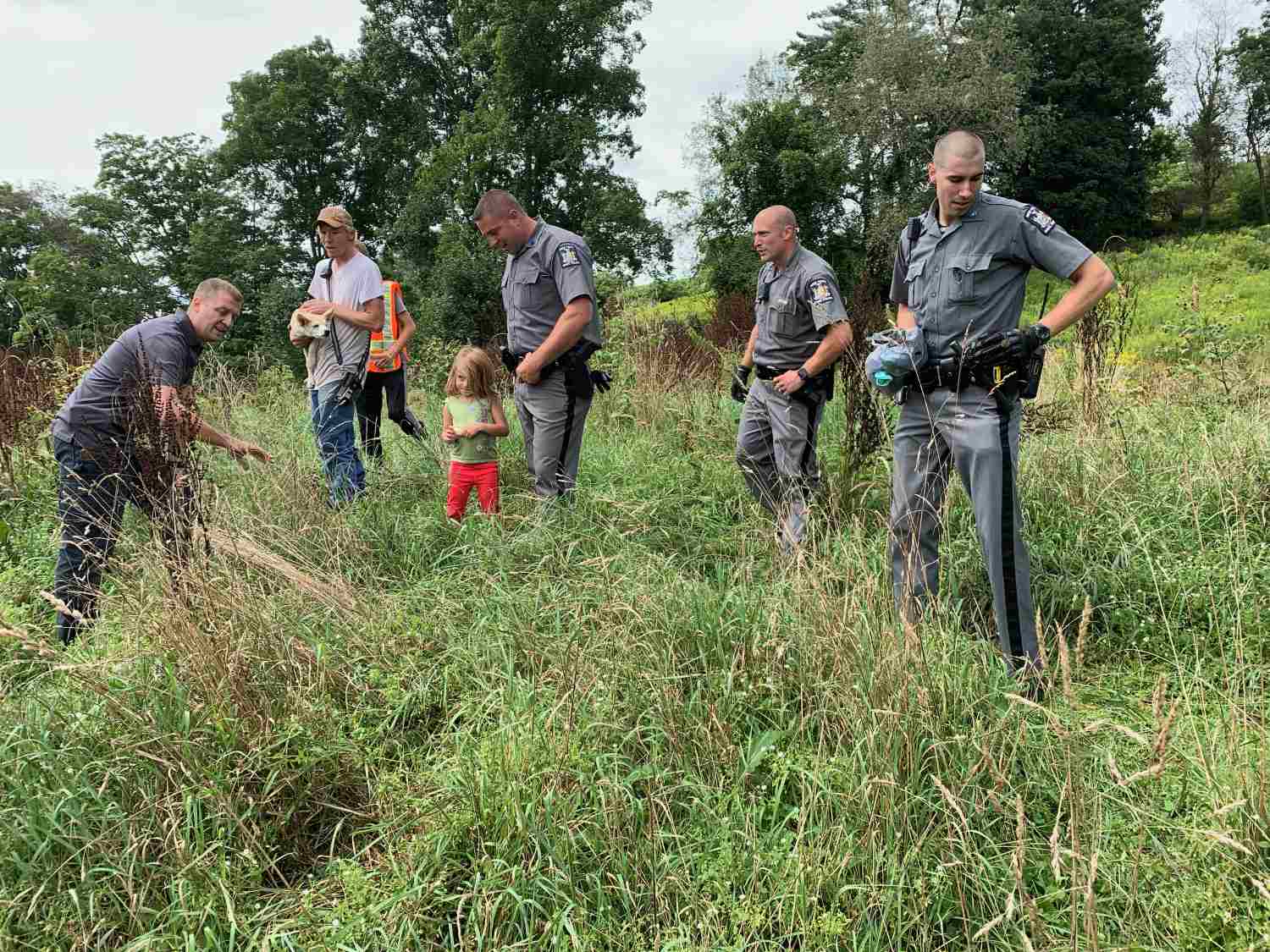 FRANKLIN, N.Y. – A five-year-old girl named Destiny and her puppy Harley, who were reported missing late Friday morning in the Town of Franklin in Delaware County, were located safe and sound about two hours later in a grassy area near her home after the girl’s parents reported them missing.

State police filed this report: On Friday at approximately 11:12 a.m., New York State Police at Oneonta were dispatched to a complaint that Destiny and Harley were missing from a residence on Grange Hall Road in the Town of Franklin.

Destiny’s parents told state troopers that they were with Destiny when the puppy needed to go outside and within a split second, Destiny and Harley disappeared. They desperately searched for almost an hour and called police. Several agencies, including Delaware County Sheriff’s Deputies, Franklin fire and EMS, and ENCON, assisted state troopers with the search on Grange Hill Road near State Route 28.

New York State Police Aviation was called out and spotted Destiny in a tall grassy area and directed troopers to the location.  Destiny and Harley were found safe, without a scratch, several hundred yards from their home and reunited with her parents just after 1:00 p.m. Friday.

[su_box title=”WHAT DESTINY’S MOTHER SAID”]Destiny’s mother, Jennifer, said she hopes this is the first and only time she will ever leave without an adult. [/su_box]

Jennifer told Troop C Public Information Officer Trooper Aga Dembinska that “it’s the longest three hours we’ve ever dealt with” and they want to thank every emergency responder that came out to help find her daughter.

WHERE IS FRANKLIN, DELAWARE COUNTY?

Cuomo Ups the Count, Gatherings Up to 25 People Are Now Allowed in Phase 3