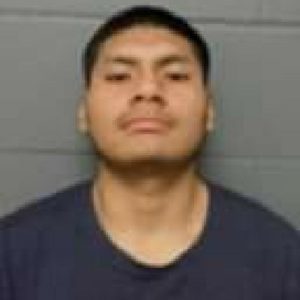 Sheriff Craig S. DuMond said Wednesday that an inmate released from the Delaware County Correctional Facility on Tuesday afternoon, as a result of New York State’s new Bail Reform law, was re-arrested and committed to the jail on new charges hours after his release on recognizance.

Eusebio Jax-Mejia, 21, who reports being homeless, and who is affiliated with the MS-13 street gang, was released from jail at approximately 1:15 p.m. Tuesday upon order of the Village of Walton Court. Jax-Mejia was originally arrested by Walton police on January 1 and charged with Criminal Possession of Stolen Property in the Third Degree, a class D felony, and False Personation, a class B misdemeanor. Jax-Mejia was accused of possessing a stolen vehicle from Dutchess County and giving Walton police a false name.

Hours after his release Tuesday, Jax-Mejia was arrested by New York State Police and accused of stealing a vehicle from the parking lot of the Delaware County Public Safety Building minutes after his release from jail. Jax-Mejia was subsequently charged with Grand Larceny in the Third Degree, a class D felony, and committed to the Delaware County Correctional Facility by Town of Stamford Justice Lamport pending further action.

Sheriff DuMond remarked “This is just one of many examples of the failed so-called bail reform legislation that was enacted on January 1st. Dangerous criminals throughout New York State are being released after committing violent, felony-level acts only to re-offend and continue to commit dangerous felony-level acts.”