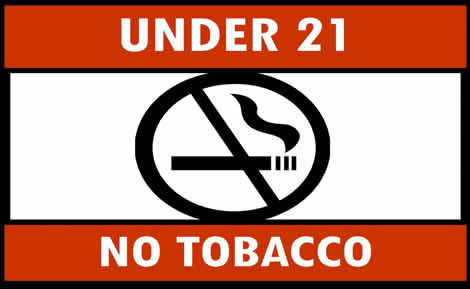 The New York Assembly passed the legislation in March, with the Senate following in April, and it was signed by Governor Cuomo on July 16, 2019. To date, 18 states (including New York) and Washington D.C. have taken the important step to protect their kids against this threat by raising the minimum age of sale for all tobacco products to 21.

The American Lung Association applauds state lawmakers for passing the law, known as Tobacco 21, which will prevent and reduce tobacco use among youth amidst a national youth vaping epidemic and save lives.

Harold Wimmer, President and CEO of the American Lung Association, said: “Youth vaping remains at epidemic levels. We must continue to implement evidence-backed policies, such as Tobacco 21 and ending the sale of all flavored tobacco products, in order to empower our children to live long, healthy, tobacco-free lives. The American Lung Association will continue to fight for policies that can keep future generations tobacco-free, and we thank Governor Cuomo and the New York legislature for being our partners in that endeavor.”

Every day, close to 2,500 youth under 18 try their first cigarette and more than 400 kids become regular daily smokers. Two-thirds of 10th grade students and nearly half of 8th grade students say it is easy to get cigarettes. According to a National Academy of Medicine report, younger kids often rely on older friends, classmates and peers to buy their tobacco products. Because students typically do not reach 21 years old while still in high school, New York’s new law is expected to greatly reduce the number of high school students who have easy access to tobacco products.– American Lung Association