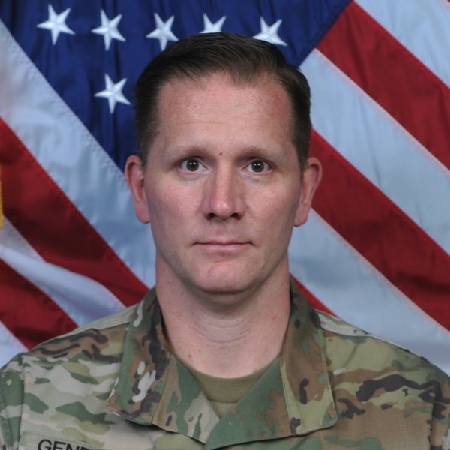 The traditional military change-of-command involved the battalion flag, or colors, transferred from the outgoing to the incoming commander. Since the colors followed the unit commander into battle, the ceremony allowed the unit soldiers to see who would lead them.

The battalion has elements in Horseheads, Walton, Camp Smith Training Site near Peekskill, Kingston, and Buffalo. It is one of two engineer battalions in the New York Army National Guard.

He is a graduate of the Army Command and General Staff College and the State University of New York at Buffalo. He also holds a Masters Degree in Business Administration from Nichols College. His awards include the Meritorious Service Medal, the Army Commendation Medal, the Army Achievement Medal, the National Defense Service Medal, the Global War on Terrorism Expeditionary Medal, the German Armed Forces Proficiency Badge. He has been honored with the Field Artillery Order of St. Barbara and the Infantry Order of Saint Maurice for accomplishment.