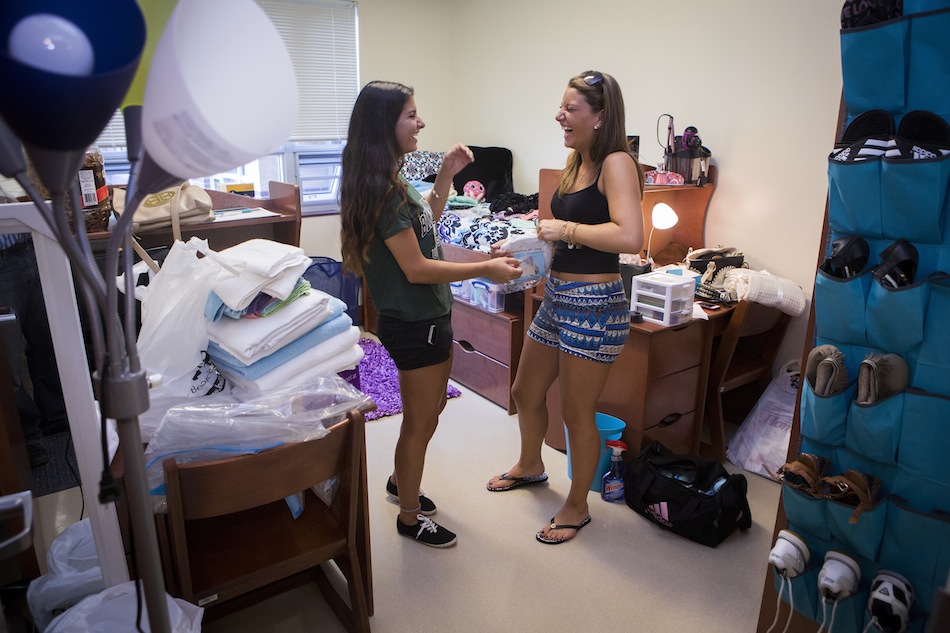 Another sign of summer’s fading days this weekend at Binghamton University … freshmen, transfer and grad students come to campus and move into their dorms or other housing … then attend some orientation events this weekend to get acquainted with the Vestal campus before classes start on Tuesday.

Roughly 2,900 freshmen, along with 1,000 transfer students and 1,600 new graduate students will study on campus in the fall term, joining returning students for a total student body of 17,900 students. Seven percent of the new students are from Tioga and Broome counties, 27 percent are from Long Island and 22 percent are from New York City.

You can expect congestion on the Vestal Parkway … good idea to avoid it near the university .. probably long waits at restaurants.

Binghamton University is not that only Southern Tier school ringing the “back to school bell” in these dying days of summer. SUNY Broome holds its College Readiness orientation starting Monday for first-year and transfer students.

SUNY Broome students who live on campus will move into the Student Village at staggered times next Sunday, primarily from 9 a.m. to 3  p.m. SUNY Broome’s fall semester starts Monday, August 26.

Freshmen and other new students move into Ithaca College on Tuesday from 9am to 4pm … they’ll go through several days of orientation before upperclassmen and transfer students come to campus next Sunday.

Elmira College students get to enjoy a few more August days before heading to campus. Fall Orientation begins next Thursday when freshmen move into their dorm rooms.

AccuWeather: Blistering Heat Settles In for the Weekend in Southern Tier

Warm, Muggy Weather Returns for the Weekend in the Southern Tier Region