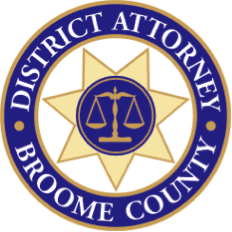 At the time of the stabbing, MyHometownToday.com reported:

After the stabbing early Monday, the investigation identified Linton as the lone suspect. Detectives pursued leads that took them to Syracuse where Linton was located and taken into custody without incident.

Detectives transported Linton to Binghamton Police Headquarters to further the investigation. Detectives executed search warrants on a vehicle and a Binghamton apartment. There was no apparent motive. This attack is believed to be a random act committed by Linton with no known connection to the victim, who remains hospitalized in critical but stable condition. No other suspects are being sought.

According to the indictment, it is alleged Linton attempted to cause the death of another man at the Greater Binghamton Transportation Center with a knife.