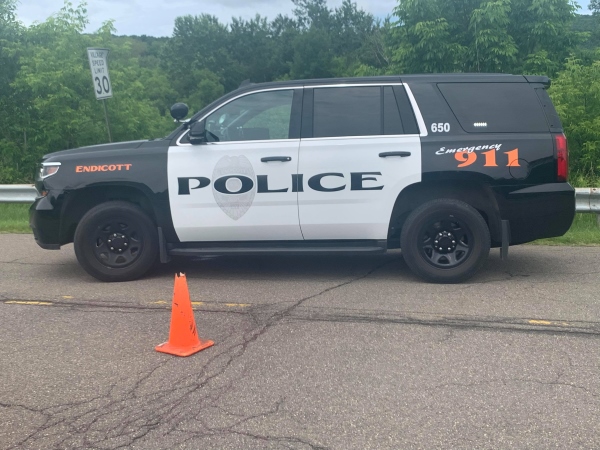 Update from the Endicott Police Department:

On June 17, 2019 at approximately 11:18 AM, Broome County Emergency Services received a report of a plane crash near the Tri-Cities Airtport on Industrial Park Boulevard, Village of Endicott. Endicott Police and Fire Departments were dispatched to the scene.

First responders located a single engine Trella T-21 aircraft that had crashed on the Norfolk Southern Railroad property, in between Industrial Park Boulevard and Airport Road. The pilot of the aircraft was deceased.

The pilot has been identified as Russell E. Darrow, age 77, of Brackney, PA.

The investigation into the cause of the accident is being handled by the National Transportation Safety Board.

First responders located the aircraft on the north side of the Norfolk Southern Railroad tracks.

Aircraft was occupied by a single male pilot who was deceased.

The release of the pilot’s name is being withheld pending family notification.

FAA and NTSB are en route.  The cause of the accident is unknown.

Endicott Police and Fire, Broome County Sheriff’s, New York State Police, and ENCON responded to the scene.  Environmental Conservation said that there are no environmental concerns as a result of the accident.

No further comment was offered.  The cause of the accident was not speculated by authorities.

The plane crashed about 100 yards from the runway on a Norfolk-Southern railroad line. Police have not officially released any information but Irene Radigan, of MyHometownToday.com and WEBO, can see the aircraft from private property near the crash site where she was given permission to stand. She has pictures but WEBO will not release those photos until State Police tell us family has been notified, if a fatality has been confirmed.

Emergency dispatch reported a ‘code black’ to responders and a coroner has been called to the scene. Irene Radigan, on-the-scene, did not see anything to suggest multiple ambulances were dispatched and no local hospitals were put on alert for mass trauma.

Tri-Cities Airport is owned by the Village of Endicott. It was once used extensively by Endicott-Johnson and IBM during their heyday in Endicott. The airport is used primarily today by small private aircraft.