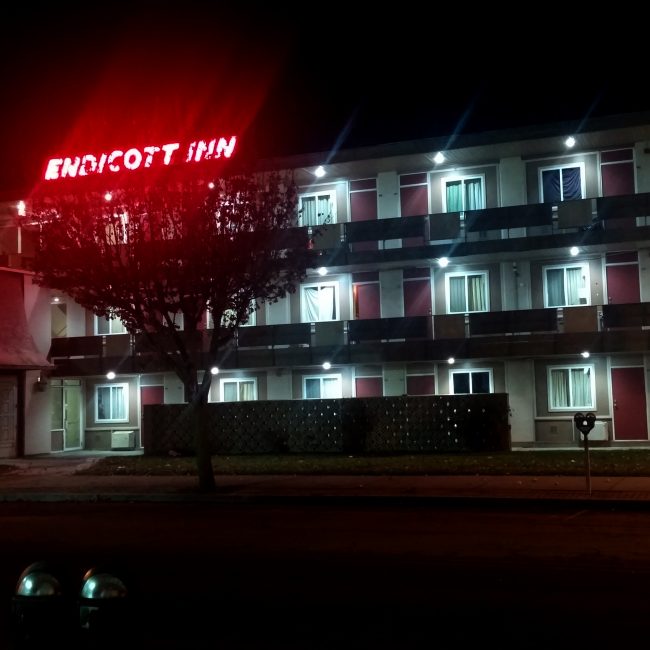 The historic hotel built by the Endicott Johnson Shoe Corp. and known as Hotel Frederick in its early days to accommodate guests visiting the village, which was still under construction. Hotel Frederick opened its doors on April 1, 1906.

However, a century later, the once-bustling building has not been able to provide adequate lodging for guests and occupied valuable space on a busy commercial corridor in downtown Endicott. The demolition will pave the way for a future development at the corner across Main Street from Union-Endicott High School.

“I am proud to call Endicott my home and it is my sincere honor to have presided over the village in my position as mayor for more than eleven years. This project is one of many that we have executed or planned that will continue to make Endicott the best place to live, work and play,” said Mayor John Bertoni.

The demolition is part of the Restore New York Project, a state program that encourages community development and neighborhood growth through elimination and redevelopment of blighted structures. Marchuska Brothers
Construction, who is the lead on the project, will handle the demolition to make it a shovel-ready lot for future development.