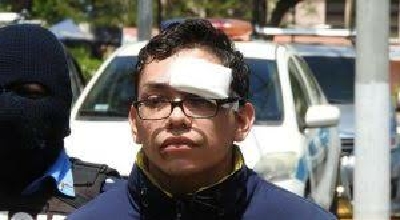 The convicted killer of a former Binghamton University student was sentenced Friday in a Nicaragua courtroom to 30-years in prison in the death of then fellow-Binghamton University student Haley Anderson. Orlando Tercero, 24, was found guity at a trial in Nicaragua earlier this month that was video streamed to the Broome County District attorney’s office. The judge’s decision was also video streamed Friday morning to the DA’s office. The sentence is the maximum penalty under Nicaraguan law. The judge is quoted as saying Tercero took it upon himself to punish Anderson for rejecting him.

Tercero was charged in Broome County with 2nd degree murder and convicted in Nicaragua of killing Haley Anderson in March 8, 2018 in an apartment in Binghamton. At the time, Anderson was 22 years old and a Binghamton University nursing student who would have graduated in May 2018. Prosecutors said Tercero, also a BU student at the time who then fled the country, was jealous because Anderson, of Long Island, had re-connected with an ex-boyfriend. Authorities were unable to extradite him to Broome County to face the murder charge.

Local witnesses were able to testify from the Broome district attorney’s office via video connection to a Nicaragua courtroom. Tercero is still wanted on murder charges in Broome County, if he can be extradited to Broome County.