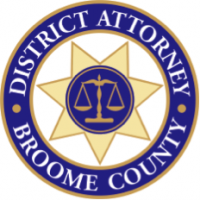 Larry J. Harris, earlier this month, was indicted for second-degree murder and manslaughter, for the death of 11-year old Jerome Smith on Feb. 2 in Johnson City. The indictment was unsealed Wednesday in Broome County Court, according to the Broome County District Attorney’s Office. No charges had been filed against Harris until the District Attorney’s Office made a direct presentation to a Grand Jury.

Smith’s mother, Shakia Crute, 30, Burbank Avenue, Johnson City, has already been charged with second-degree manslaughter in connection with the boy’s death. She was charged about a week after the boy’s death. Police have not disclosed any specific details about what happened at the Burbank Avenue residence, only saying initially that the death was suspicious.

125.20 Manslaughter, in the first degree, a Felony