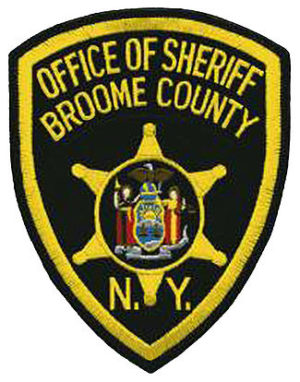 Shortly after 12 am Thursday, a Broome County Sheriff’s Deputy responded to a call of a motor vehicle accident with someone driving through a cemetery in the Town of Nanticoke. While responding, there was a call of a vehicle theft from the Octagon Inn on Route 26.

Responding deputies located the vehicle and a male driver in the cemetery. An investigation revealed the occupant, Larry C. Barton, 60, of Lisle, took someone else’s vehicle in error when leaving the Octagon Inn and was trying to drive home. He got lost when he turned into a cemetery (which did not have any roads for vehicles) and began driving around, striking head stones.

Barton was taken into custody for driving while intoxicated and Criminal Mischief for damage done to the cemetery. The owner of the vehicle did not pursue charges after finding out who the male was, who he knew from the bar.

Barton was processed at the Broome County Sheriff’s Office and released with multiple tickets to return to the Town of Nanticoke Court at a later date.