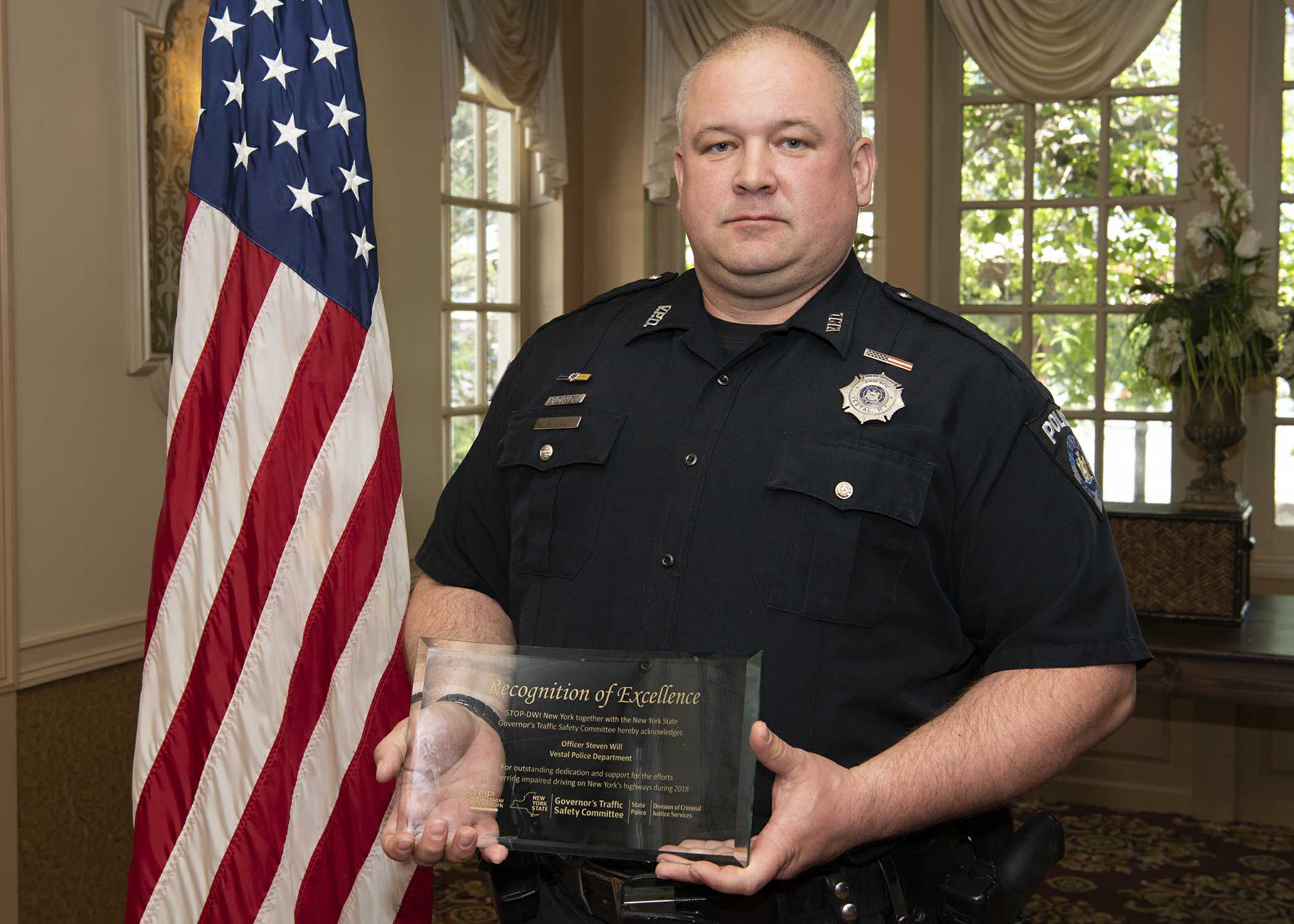 On May 8, 2019, Officer Steve Will received the Recognition of Excellence Award from New York Stop DWI and New York State Governor’s Traffic Safety Committee. Officer Will’s dedication to DWI, DWAI and DWAI Drug enforcement is outstanding. He has previously been recognized by STOP-DWI New York for his outstanding efforts in these areas. Officer Will’s 87 impaired driving arrests in 2018 surpass previous years which reinforces his commitment and desire to make our roadways safe.

Officer Will is on call 24/7 as one of two municipal Drug Recognition Experts in the area. Since his certification, he has responded to every DRE request received from any agency. In 2018, he conducted 31 DRE evaluations, which includes 15 for outside agencies.

In addition to his enforcement efforts, Officer Will is actively involved in educating our students and community members. He presents annually at our Youth and Citizens Academy and is called upon regularly to instruct in the Vestal Central School district.

Officer Will’s courtroom testimony in these areas has been described as outstanding by both prosecution and defense attorneys. He consistently puts together cases which are error free and his knowledge and expertise is always apparent.