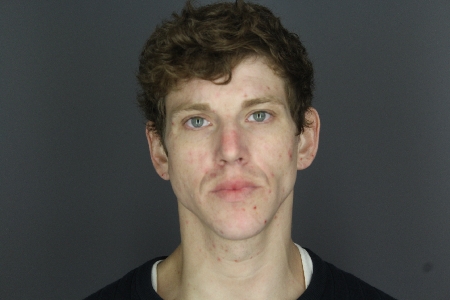 Lucas A. FRANKS, 29, of Nichols, Tioga County, was arrested on Thursday, September 10 for Criminal Possession of a Controlled Substance in the 7th Degree, a Class A Misdemeanor, after a disturbance at O’Brien’s
Inn on County Route 60 in the Town of Chemung, according to a news release Tuesday from the Chemumg County Sheriff’s Office. FRANKS was released on an appearance ticket to appear in Chemung Town Court at a later date.

Then, FRANKS was found to have an active Arrest Warrant out of Athens Township, Pennsylvania. FRANKS was arraigned in the Town of Southport Court as a Fugitive from Justice, a Class D Felony, and remanded to Chemung County jail on bail. The charges on the active warrant were not included in the news release.

Cuomo on Halloween: “I would not ban trick-or-treaters going door to door”

Despite COVID-19, Macy’s Thanksgiving Day Parade is A Go — But Only On Television