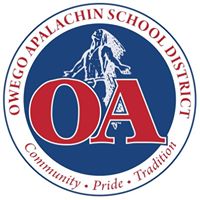 Owego-Apalachin School District Superintendent Corey Green and School Board President Gene Cvik appeared on the WEBO Morning show Thursday to discuss the district’s second attempt at getting a school budget vote passed for the 2019-20 School Year.  The new budget shaves expenditures by approximately $170,000 over the previous budget which was voted down in May.

If the second budget proposal does not meet voter approval, the district will go to a contingency budget imposed by the state in which spending levels for the district are determined by Albany.

You can listen to the entire interview here:

Voting will be held on Tuesday, June 18th, 2019 from Noon-8:00 PM at the Owego Apalachin Middle School for north side residents, and the Apalachin Elementary School for Southside and Apalachin residents.  You do not have to be registered to vote with the board of elections, you must only have been a resident of the school district for at least the last 30 days, and show ID with your district address.

Budget results will be announced on the WEBO Morning Show Wednesday June 19th.