Karson Smith, a junior at Vestal High School, has been selected for the 2020 High School Honors Performance Series at Carnegie Hall. Karson will perform in February with the High School Honors Symphony Orchestra. Participation in one of the five Honors Ensembles is limited to the highest-rated high school performers from across the world.

This story and photo were provided to WEBO by the Vestal School District. Your Hometown Station WEBO is pleased to publish stories about the accomplishments of our Hometown students and schools when information is provided to us at [email protected] 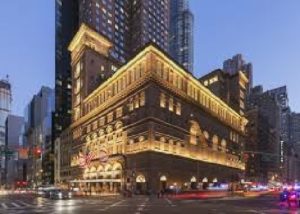 Karson Smith auditioned for the Honors Performance Series earlier this year and was recently accepted after a review by the Honors Selection Board. Acceptance to the elite group is a result of the talent, dedication and achievements demonstrated in her application and audition recording. Karson was selected from among thousands of applicants and nominees. 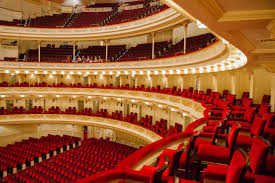 Karson has played the cello since fourth grade and has participated in the Broome County Music Educators Association festivals and completed New York State School Music Association performances since sixth grade. She also took part in Ithaca College’s Summer Music Academy in 2017, and is a member of a Vestal High School string quartet that performs in
the community.

Karson will join students from 47 U.S. states, several provinces of Canada, and six other countries for a special performance at the world-famous Carnegie Hall, a venue that marks the pinnacle of musical achievement. Two performances, an Honors Choral Performance and an Honors Instrumental Performance, will take place Sunday, February 2, and are open to the public. Tickets can be purchased beginning 60 days prior to the performance through the Carnegie Hall box office.