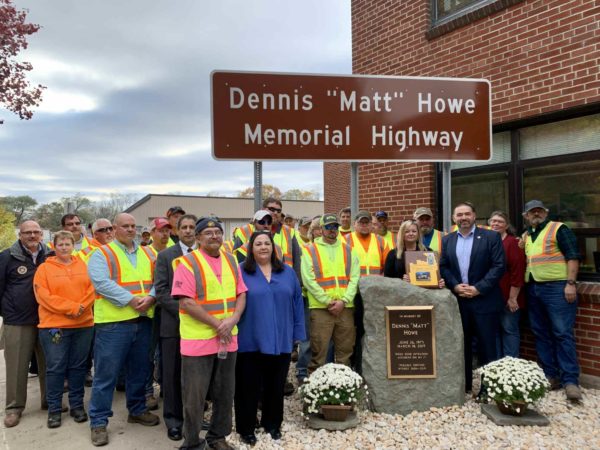 Akshar and NYS Assembly Member Christopher Friend introduced and sponsored this year’s legislation (S4915/A7696, Chapter 158 of the Laws of 2019) authorizing the designation. Under the new law, a portion of the State Highway Route 17 in Owego will receive the designation.

Akshar sponsored the legislation to honor Howe’s memory, and pay tribute to his life and service. New York Governor Andrew Cuomo signed their legislation into law on August 9, 2019, five months after Howe’s death.

On March 18th of this year, Howe passed away from injuries sustained when a tractor-trailer collided with his DOT truck as he and his team were performing highway safety work on Route 17. Howe was 45 years old is survived by his wife, Alycia Haus; his children, Bre and Dalton; as well as his parents, grandparents and siblings.

Route 17 in Nichols Named in Honor of Dennis ‘Matt’ Howe