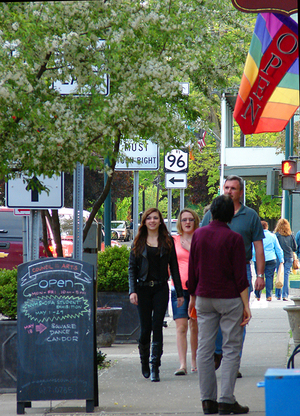 Lt. Gov. Kathy Hochul will announce on Thursday the Owego projects that have won the state’s approval of the $10M Downtown Revitalization Initiative grant. Hochul has scheduled a news conference at 1pm in Owego. Your Hometown Station WEBO will stream the conference live on our Facebook page.

Owego was selected last August as the Southern Tier winner in the third round of the state’s Downtown Revitalization Initiative. One municipality from each of the state’s 10 regional economic development regions was selected as a $10M winner. In all, the state will award $100M in funding to help communities boost their economies by transforming their downtowns. Elmira and Oneonta were the first two winners in the Southern Tier. 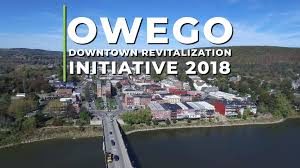 A committee with representatives from the variuos segments of the Owego community — schools, businesses, nonprofit organizations, governments, residents — met several times in the past year, including public hearings, and suggested projects to the state for funding.

Among the largest projects are:

At the time of the announcement last August, Hochul said “This funding for the Village of Owego as part of the DRI will support local projects and attract businesses to the area. Investments in affordable housing and cultural amenities will help to transform the riverfront community and boost the entire Southern Tier region.”