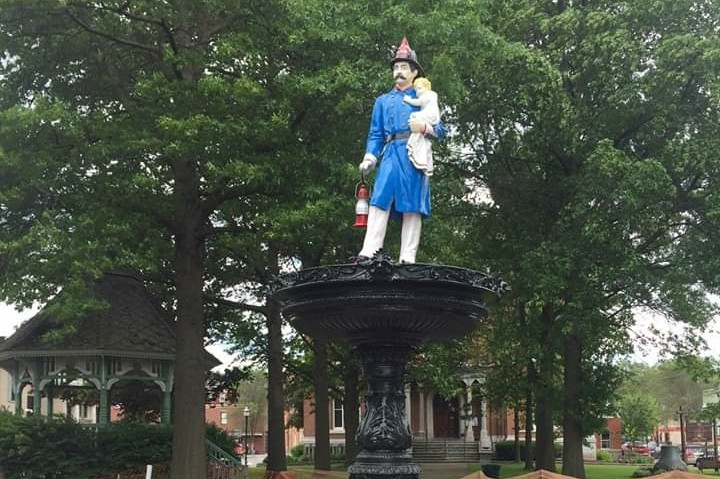 A rededication ceremony for the restored Baker Fireman’s Fountain in Owego is scheduled for Saturday, August 24 outside the Tioga County Courthouse … ceremony starts at 9am, followed at 1030am with a firefighter’s parade, then a hose race on Front Street between Parker and Academy from noon until 3pm. Then, a party will be held at Rainbow Trail in Owego.

The fountain shows a firefighter carrying a child. It was donated to the village by Frank M. Baker in 1914 in memory of his son who was killed the previous year in a car accident. Both were members of the Owego Fire Department.

The current complete restoration cost $100,000 and was led by the Owego Hose Teams. Citizens were able to donate a brick to the project with a personal inscription.