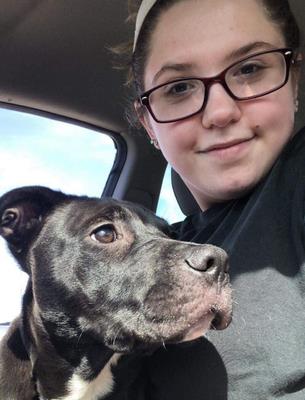 Connie Mazzarese, a 16-year old Owego teenager, was hit and killed while riding her bicycle on a Saturday night in late June in Port Crane in the Town of Fenton. The man charged with her hit-and-run death, 44-year-old Michael Gincerowski, pleaded not guilty last week in Broome County Court.

Gincerowski, who had several drunk driving arrests on his record before the crash, is charged in an indictment with drunk driving, seven felony counts of vehicular manslaughter, manslaughter, driving while intoxicated and leaving the scene of a fatal accident.

Gincerowski is being held in the Broome County jail on $20,000 bail. Unless he takes a plea deal, Gincerowski could go to trial in November.

At the time of the fatal hit-and-run, this story was posted on MyHometownToday.com:

UPDATE 11:54 AM:  An Owego teenager is dead and a Port Crane man is in custody charged with felony first-degree vehicular manslaughter following a hit and run crash Saturday night in the Town of Fenton. The Broome County Sheriff’s Office said the incident took place at about 10:10 p.m. Saturday night on State Route 369. Sheriff David Harder said 16-year-old Constance F. Mazzarese, of Paige Street in Owego, was fatally injured when an SUV crossed the highway, struck her, and never stopped. A second bicyclist was unhurt.

The driver of the SUV was identified as Michael Gincerowski Jr., of Rogers Road in Port Crane. The sheriff said he was operating a 2005 Ford Escape SUV when the collision occurred. Gincerowski is charged with Vehicular Manslaughter 1st degree, a class C felony; Leaving the scene of an accident resulting in death, a class D felony; Driving while intoxicated, a class E felony and aggravated unlicensed operation 1st degree, a class E felony.  The Broome County District Attorney’s Office assisted the Sheriff’s Office in obtaining a blood seizure order for the driver’s blood. Toxicology results are pending at this time. Gincerowski was arraigned and remanded to jailed to awaiting further court action.

Also at the time of the hit-and-run, Broome County Sheriff David Harder issued a news release with these details:

Broome County Sheriff’s Office responded to a report of a motor vehicle accident involving an SUV and a bicycle on Route 369 in the Town of Fenton at 10:10 p.m. Saturday. When deputies arrived, they learned the SUV involved in the crash had left the area and headed north. A short time later, a New York State Trooper located the vehicle, which was disabled, about one mile north of the crash. The driver was located at a nearby residence and taken into custody. The driver, who was not identified, is under arrest and charges are pending.

An investigation into early morning Sunday determined two teenaged bicyclists were riding on the east shoulder of the road, between the white fog line and the edge of the pavement, headed south towards Port Crane. An SUV-type vehicle was traveling north on Route 369 and, for an unknown reason, swerved from its lane, striking one of the bicyclists. The bicyclist was ejected from the bicycle and came to rest in the brush off the east side of the road. The bicyclist suffered serious injury and did not survive.

The Broome County Sheriff’s Office accident reconstruction unit processed the scene for several hours, taking measurements for a full reconstruction. The names of the persons involved were not released early Sunday due to the ongoing investigation.