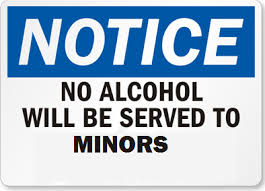 Eleven Owego businesses are getting a thumbs up from New York State. Gov. Andrew Cuomo has announced the results of joint efforts by state agencies to crack down on underage drinking throughout the state during the month of April. The New York State Liquor Authority and the New York State Department of Motor Vehicles, along with local law enforcement agencies, conducted statewide sweeps of locations holding liquor licenses looking for fake IDs and retailers who sell alcohol to minors.

Out of 851 businesses visited for compliance checks, 186 were found to be selling to underage agents. That wasn’t the case in Owego. Eleven businesses, from grocery stores to convenience outlets to wine and spirits stores were identified as businesses that refused to sell alcohol to undercover agents.