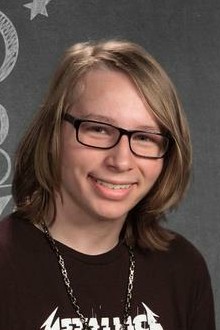 17-year-old Kyle Davis was struck and killed by a Norfolk Southern train Wednesday afternoon according to Owego Police.   It happened in the area of South Depot Street and State Street at about 2:55 PM in the Village of Owego.  Davis was reportedly walking eastbound on the south track when he was struck by an eastbound train.  He was pronounced dead at the scene.

Davis was a student at Owego Free Academy according to a statement released by the Owego-Apalachin School District.  Superintendent Corey Green offered “heartfelt sympathy and deepest condolences” to the friends and family and said that “the loss is sure to raise many emotions and questions from our entire school community.”  Green said that “the district has deployed a Crisis Intervention Team made up of trained professionals to help with the needs of students, parents and school personnel.”  Social workers psychologists, and school counselors will be available for any students or staff who may need assistance.

The subject’s name was released by Owego Police Chief Joseph Kennedy Jr. Thursday morning.  The incident is still under investigation.  Owego Police were assisted at the scene by the Owego Fire Department and the Tioga County Coroner’s Office.