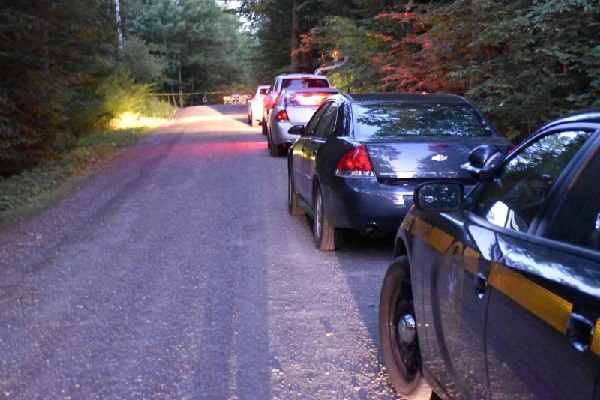 Photo provided by New York State Police
On July 29, Nathaniel H. Gaylord was released from UHS Wilson Medical Center and taken into State Police custody.  He was arrested and charged for the felonies of Attempted Aggravated Assault upon a Police Officer or Peace Officer and Menacing a Police Officer or Peace Officer.  He was also charged with the misdemeanor of Menacing in the second degree. Gaylord was arraigned and remanded to the Tioga County Jail on $20,000 cash bail or $40,000 bond.

Update: The suspect has been identified as Nathaniel H. Gaylord, age 22 of Newark Valley, NY.  He is currently in stable condition at UHS Wilson Medical Center.

The member involved in the shooting has been identified as Investigator Justin Wilt, a 19-year veteran of the New York State Police.  He was not injured.

On July 24, 2020 at approximately 4:04 p.m., the New York State Police, Tioga County Sheriff’s Deputies and an officer from the New York State Department of Environmental Conservation responded to report of a domestic dispute at a residence on Chamberlain Road in the town of Newark Valley.

A male at the residence reportedly fired at least one shot prior to the arrival of police.  Responding police verbally engaged the suspect, who failed to comply with orders to drop a shotgun.  The suspect then approached the officers, while pointing the shotgun in their direction and was subsequently shot by a member of the New York State Police.  The male was transported to UHS Wilson Medical Center by Maine Emergency Squad where he is in serious condition.

The incident is currently under investigation.