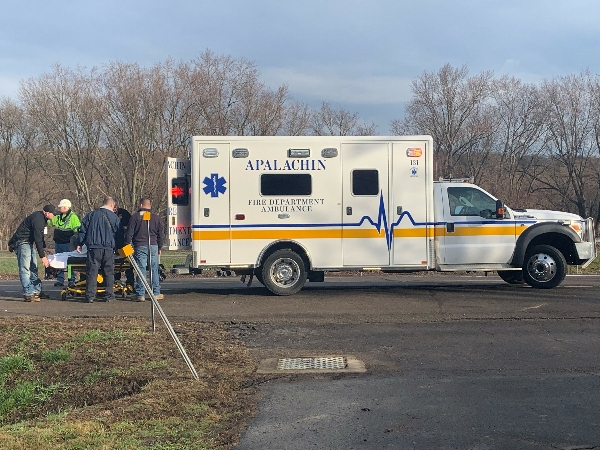 A wildland search in the town of Owego made the DEC Statewide Forest Ranger Highlights. At 12:30 a.m. Saturday, New York State Police requested DEC Forest
Rangers to respond to a search of a missing 13-year-old boy in Apalachin. The boy had been missing from his home since 8:45 p.m. on Friday, not far from forested lands backing up to Tracey Creek State Forest. Eight Forest Rangers responded to the search and worked with multiple local resources. An alert was put out through NY Alert and a passerby spotted the boy about 8 a.m. Saturday morning near a local business. He was safely reunited with his family.

An observant citizen is credited with locating a missing non-verbal autistic 13-year-old from Apalachin.

New York State Police at Owego originally received a 911 call at approximately 9:15 p.m., Friday night that Easton H. Kamper had left his residence on Hilltop Road in Apalachin on foot wearing just a sweatshirt, sweatpants and one shoe.

A search began with dozens of local agencies and hundreds of volunteers came to Apalachin Fire District Station 2.  Searchers went door to door and looked throughout the night in the neighborhood, in wooded areas and near streams.  The boy was located by an observant citizen near Main and Cross Streets in Apalachin around 8 a.m. Saturday.  He appeared to be in good condition and transported to Wilson Hospital to be checked out.