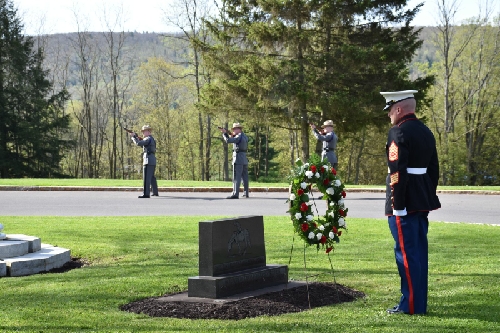 On May 19, Troop C, headquartered in Sidney, held it’s annual Memorial Ceremony.  Each May, each Troop in New York State honors the members of the New York State Police who have given their lives in the line of duty. 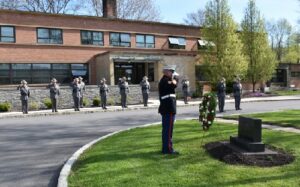 The ceremony was small and private due to the COVID-19 pandemic and troopers maintained social distance. A wreath was placed by State Trooper Nicholas Jones (USMC) honoring the troopers that have gone before us.