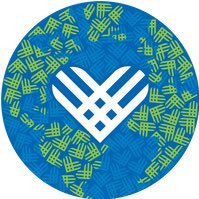 Savvy shoppers who were able to get great deals on Black Friday and Cyber Monday are now shifting their focus to Giving Tuesday. It’s a day when people all over the country give back to causes that benefit their community, either by
donating a financial gift or their time. The Salvation Army says both are great ways to help them serve the less fortunate. The Red Kettle Campaign is in full swing right now and The Salvation Army needs donations in those Kettles and volunteers to ring the bell. The Salvation Army depends on volunteers to help them serve those in need throughout the year, but that need multiplies during the
Red Kettle Campaign, The Army’s biggest fundraiser of the year. Major Ivan Rock, the State Commander of The Salvation Army, says, “Volunteers make a major contribution by simply donating their time to help ring the bell at The Red Kettle. That makes a big difference because it allows The Salvation Army to maximize donations and apply the much-needed funds to the programs and services that help those in need. It plays a significant role in breaking the cycle of generational poverty and helping people move toward stability and financial independence.”– By Michael Baldwin

Brindisi-Tenney II: The Rematch for Congress Could Be Dramatic Contest