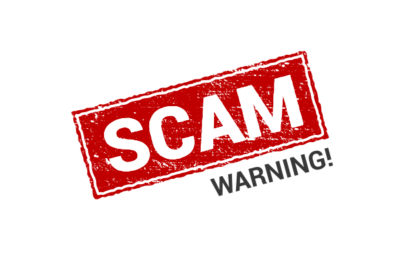 U.S. Attorney’s Office in Albany has received reports that individuals claiming to represent the Department of Justice are calling people as part of an imposter scam. The office strongly encourages everyone to remain vigilant and not provide personal information during these calls, which appear to target the elderly. The office also encourages family members to alert their elderly relatives about this scam.

The scammers falsely represent themselves as Department of Justice investigators or employees and attempt to obtain personal information from the call’s recipient or they leave a voicemail with a return phone number. The return phone number directs users to a recorded menu that matches the recorded menu for the department’s main phone number. Eventually, the user reaches an “operator” who steers the user to someone claiming to be an investigator. That “investigator” then attempts to gain the caller’s personal information.

Anyone who receives these calls are encouraged to report them to the FTC via their website or by calling 877–FTC–HELP (877-382-4357). Fraud can also be reported to the FBI for law enforcement action at https://www.justice.gov/criminal-fraud/report-fraud.

The Office of Justice Programs’ Office for Victims of Crime also runs a National Elder Fraud Hotline, for people to report fraud against anyone age 60 or older. Reporting certain financial losses due to fraud as soon as possible, and within the first two to three days, can increase the likelihood of recovering losses. The hotline is open seven days a week. For more information about the hotline, please visit https://stopelderfraud.ovc.ojp.gov/

Cuomo on Halloween: “I would not ban trick-or-treaters going door to door”

Despite COVID-19, Macy’s Thanksgiving Day Parade is A Go — But Only On Television