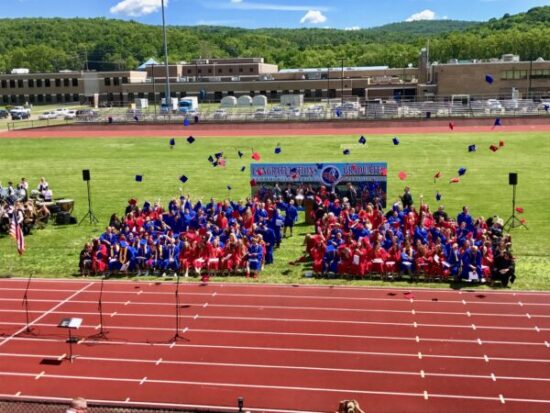 Graduating seniors in Tioga County and elsewhere in the Class of 2020, with their families, relatives and friends, are still anxiously waiting for an announcement from Gov. Andrew Cuomo about whether graduation ceremonies — in some form or another — will be allowed in the current COVID-19 culture.

Right now, it’s roughly five weeks until the traditional time for high school graduations in late June — still enough time to prepare a ceremony even if lacking some of the usual pomp and circumstance.

Tioga County Legislature Chairwoman Martha Sauerbrey said Wednesday, at the county’s final weekly press conference on COVID-19 updates, that she understands fully the angst in the community but it’s a decision for the governor.

Hopefully, the governor will give a little more lead time than his announcement about Memorial Day observances. Gov. Andrew Cuomo finally issued some guidelines this week for public observances of the traditional holiday that is devoted to remembering soldiers who died in the line of duty. Cuomo said it’s okay to hold public services, or whatnot, on Monday but he put a limit on the size of the gathering.

The governor’s comments lead into this next story … Owego and Tioga County will remember fallen soldiers on Monday … not at the war memorials outside the courthouse as usual but in the way mentioned by the governor. Your Hometown Station WEBO will broadcast Owego’s Memorial Day ceremonies on Monday with a live stream on Facebook and YouTube along with a live service of remembrance on the station’s AM and four FM frequencies. The traditional parade and service of remembrance in downtown Owego have been cancelled.

Mary Beth Jones and JoAnn Walter will start at 8:15 a.m. Monday with the reading of the names of almost 5,000 deceased Tioga County veterans. This will be a live stream on Facebook and YouTube. Then, at 10 a.m., the traditional Memorial Day service of remembrance will be broadcast on Your Hometown Station WEBO.

Some traditions of Memorial Day will still be observed outdoors … wreaths will be posted at the memorials to Remember the Fallen Heroes and a memorial wreath will be cast from the Court Street Bridge into the Susquehanna River to remember the Navy personnel lost at sea.