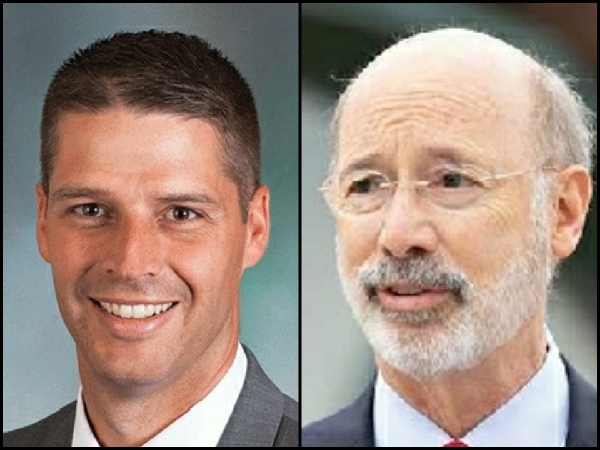 Rep. Clint Owlett, whose Pennsylvania House District includes Tioga and Bradford counties, has written this response to the recent state mandate for masks in PA schools.

On May 18, a majority of voters in the 68th Legislative District (Potter 72% in favor, Tioga 75%, Bradford 69%) and the Commonwealth made it clear to the governor that we do not support dictator rule and instead support local control.

The months leading up to that vote, Gov. Tom Wolf adamantly opposed these constitutional amendments and did everything possible to confuse voters. However, he seemed to have some change of heart after the election and supported the idea of local control when it came to masking in schools. Asked about the issue at a press conference in Philadelphia on Aug. 6, the governor said, “the school districts in Pennsylvania have to decide what they want to do.” A few days later, he was again questioned directly by the media about whether he would issue a statewide masking mandate and he simply said “no.” So the governor was for local control until he was against it, as evidenced by his statewide masking mandate issued Aug. 31.

As if the order itself wasn’t egregious enough, the governor and his unelected and unconfirmed secretary of Health also basically said our local elected school boards and officials are not informed enough to make decisions for their community. Really??? The school board members I have talked with have taken their job incredibly serious and absolutely know their schools and kids best. Insulting their intelligence and competence deserves an apology.

Is it possible that politics are at play here as well?

On Aug. 25, Gov. Wolf wrote a letter asking the leaders of the General Assembly to call members back to session and run legislation that would require masks in our schools. We can draw two things from this action: 1. The governor knows this needs to be done by legislation, or 2. It was a setup to blame the General Assembly. Why ask if you plan to use your unelected, unconfirmed acting secretary of Health to issue your own mandate? Is it possible he is using our kids as pawns in a political chess match? Likely so, as the governor could not refrain from making sure he bashed the General Assembly in his press release.

We are all concerned about the uptick in COVID-19 cases and making sure we are protecting our kids. But we should also be concerned about the power that was just imposed upon healthy Pennsylvanians by an acting secretary of Health. While there is no question in my mind this is 100% the actions and initiative of the governor, the law he and the acting secretary are citing to issue this mandate – the Disease Prevention and Control Law – grants a lot of power to an unelected bureaucrat. That’s not the way our government is supposed to work.

Gov. Wolf, let’s finally be honest with the good folks of the Commonwealth. The people spoke on May 18, and your direction this spring and summer was more balanced. For that I thank you. Involving the COVID-19 legislative task force was the right thing to do. This 180-degree turn from the statements you made all summer, boxing the task force out, and now this masking action is yet another example of why people don’t trust politicians…and in my view is a very political move.

These actions should concern all of us, regardless of political party. Our kids deserve better than to be used as pawns in the governor’s political chess match.