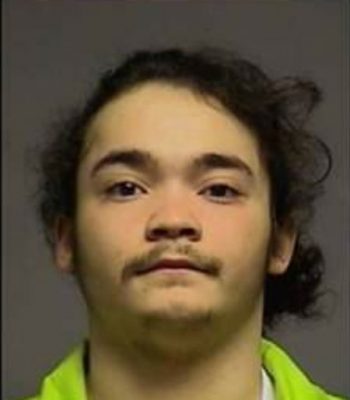 Johnson City police have made three arrests for Attempted Murder and are still looking for a fourth suspect related to Tuesday night’s shooting incident on Grand Avenue. Detectives are still attempting to locate Spencer Chapman, 20, of Johnson City. Anyone with information about Spencer’s whereabouts can call  Johnson City Police at (607) 729-9321.

The incident started when a group that included the defendants initiated an argument with the Victim, a 37 year old male from Grand Avenue, Johnson City, as they were walking down the street. The argument continued until it turned into a physical fight. While the victim was on the ground, the defendants beat him and stabbed him multiple times in the back with a pocket knife. The defendants then produced a handgun and shot the victim one time before fleeing the area. The victim’s injuries were non-life threatening and he was treated at Wilson Hospital and released.

During the incident, defendant Jonathan Chapman was accidentally shot in the leg by a co-defendant. His injury was also non-life threatening and he was also treated at Wilson Hospital and released.

The three defendants have all been charged with Attempted Murder 2nd, a Class B Felony, arraigned and remanded to the Broome County Jail. They are: