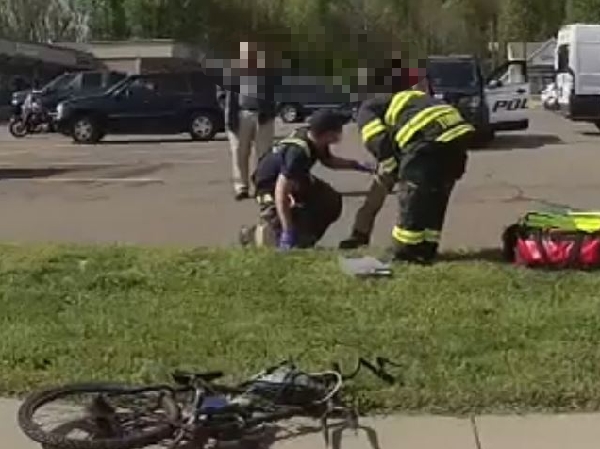 Police are warning those who own such bicycles or those considering getting one that they are illegal to operate on public streets. Our goal is to increase public safety by educating and taking enforcement action when needed.

Bicycles are being retro-fitted with small gas motors that allow the bicycle to be powered exclusively without the rider having to pedal, and allows for the bicycle to travel at unsafe speeds that bicycles are not designed or equipped to handle.

A bicycle equipped with a gas motor becomes a “motor vehicle” by legal definition and is subject to all motor vehicles laws just like any other moped, motorcycle, or other similar vehicles. The operator would have to have a valid driver’s license and the vehicle would have to be registered and insured.

NYS Law only allows bicycles with ‘electric-assist’ motors or electric scooters to be operated on streets with a posted speed limit of 30 MPH or less. Electric assist motors and e-scooters must be designed to stop assisting when they reach a speed of 20 MPH.

Operators of any bicycle, even under pedal power, are required to follow the ‘rules of the road’, just like any other vehicle such as riding on the proper side of the road and obeying all traffic control signals and stop signs.

For more information on Electric scooters and bicycles and other unregistered vehicles, go to https://dmv.ny.gov/…/electric-scooters-and-bicycles-and-oth…

For information on NYS vehicle and traffic laws pertaining to the safe operation of bicycles, go to https://www.dot.ny.gov/di…/programs/bicycle/safety_laws/laws