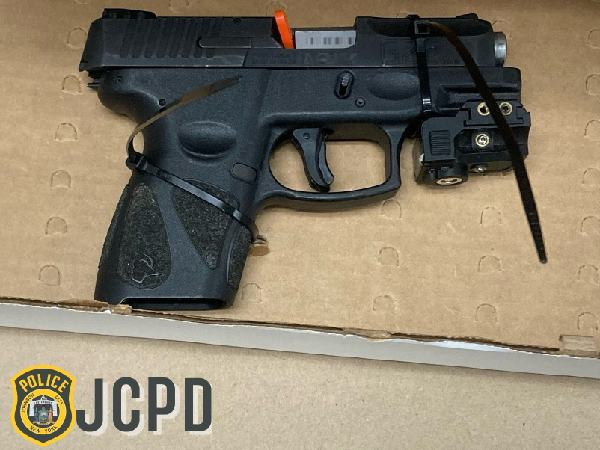 (Johnson City, NY) – Village police have charged a Cocoa, Fla., man with attempted murder in the second degree after an incident Saturday with a ride-share driver that left the male victim with gunshot wounds to the chest.

Jaeden Cunningham, 20, also faces three other felony charges and was remanded to the Broome County jail.

Police reported on Saturday, October 29, about 4:31 a.m., Johnson City officers responded to a report of a physical dispute on Floral Avenue. Officers were advised gun shots had been fired.

Johnson City and Binghamton police found a 49-year-old male, a ride-share driver, in his vehicle with gunshot wounds to his chest and back. Police said Cunningham become upset with the driver during a ride and assaulted him inside the vehicle, before exiting and shooting the driver, who was not identified bypolice.

About 4:40 a.m., officers located Cunningham ear the corner of Floral and Burbank avenues. Cunningham was taken into custody without incident, and found to be in possession of a 9mm Taurus hand gun. JCPD detectives processed the scene and recovered numerous 9mm shell casings.

The victim was taken to an area hospital with non-life-threatening injuries. The cause of the dispute was not released by police.

Cunningham was processed on the following charges: