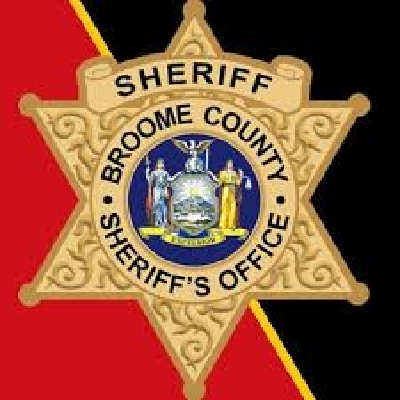 The Broome County Sheriff’s Office reported Friday afternoon that David J. Sheeran, 80, Sherwood Terrace, Yonkers, was killex in a two-vehicle motor vehicle accident involving a tractor-trailer and a passenger sedan on Interstate 81 north at Exit 1 in the Town of Kirkwood.

At about 4:24am, the operator of a tractor trailer, 54-year-old Brian Gerasimowicz, of Lancaster, N.Y., was traveling in the driving lane on Interstate 81 north when he observed a passenger sedan on the shoulder of the roadway. Suddenly, without warning, the sedan pulled away from the shoulder and into the driving lane directly in front of the tractor-trailer. Gerasimowicz stated he had no time to react and struck the sedan, a 2006 Cadillac, from behind. The impact from the collision caused the Cadillac to become wedged underneath the tractor.

Both vehicles traveled together across the northbound passing lane into the grass median. They continued across the median, through a ditch, across both I-81 southbound lanes and up an embankment on the west side of the highway where the wreckage came to rest. Gerasimowicz was not injured. Sheeran, The driver of the Cadillac, was pronounced dead at the scene by a Broome County coroner. Gerasimowica was enroute to Buffalo from Wilkes-Barre hauling general freight.

Members of the New York State Police Commercial Vehicle enforcement unit were on scene conducting an inspection of the tractor-trailer. There were no spills and no hazardous materials involved in this incident. The tractor-trailer is a 2014 Freightliner tractor hauling an enclosed box trailer combination.

Amish Child Falls out of Minibus on Interstate 81 near Kirkwood