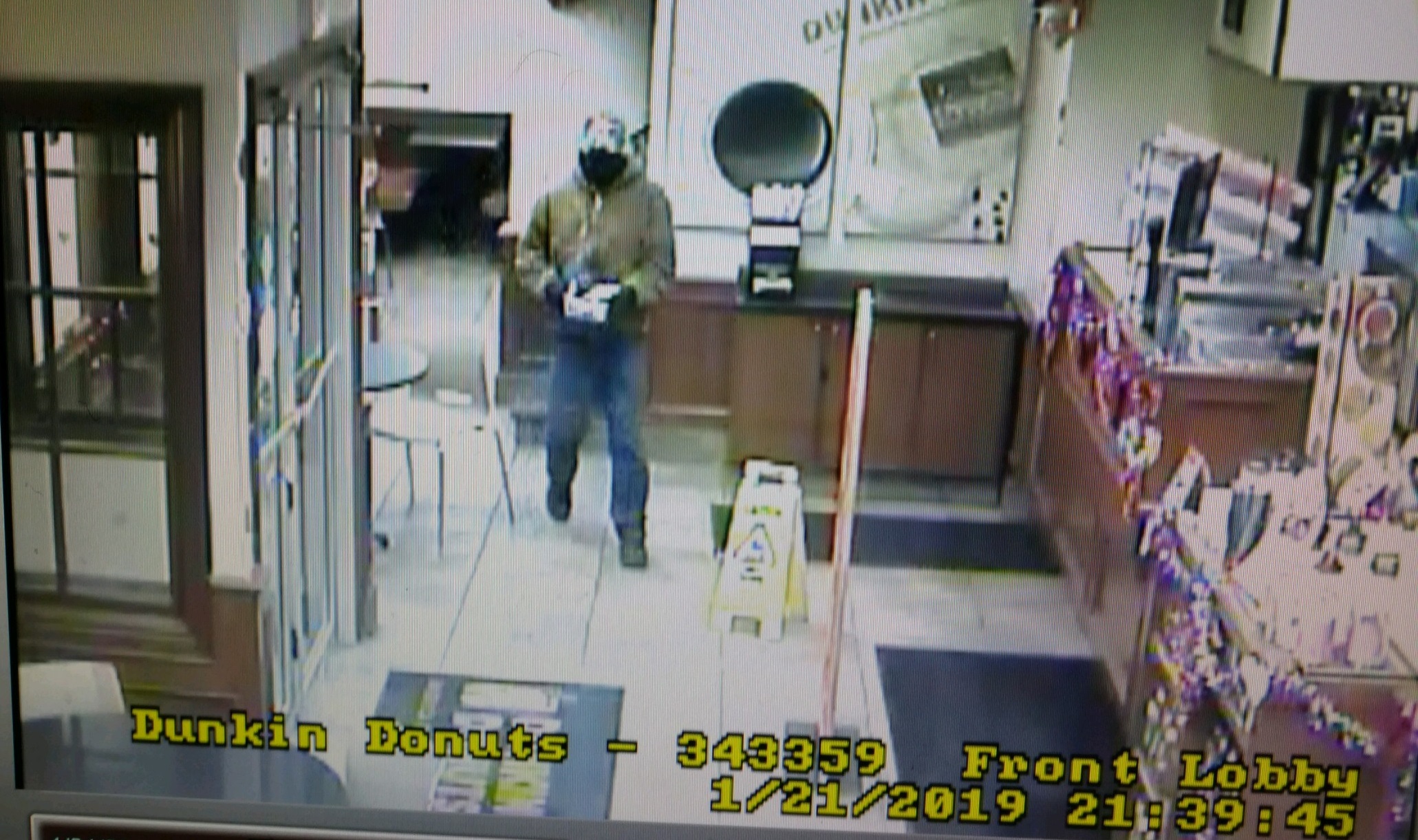 The Broome County Sheriff’s Office Detective Division, with the assistance of the Sheriff’s Office Patrol Division, is investigating an armed robbery of the Dunkin’ restaurant, 3521 Country Club Road, Endwell. At approximately 9:36 p.m. Monday, a white male, armed with an unknown type silver handgun with a black hand grip, entered the business and immediately confronted an employee in the office. The suspect displayed the handgun to the employee and directed them to open the safe. The suspect emptied the safe of its contents before fleeing on foot with an undisclosed amount of cash. The suspect was last seen heading east towards Hooper Road.

The subject is described as a white male, approximately 5’10” to 6’0” tall, with an average build, 170 to 200 pounds, wearing blue jeans, a brown Carhartt jacket with a hood, a camouflage baseball hat with a Chevrolet emblem, grey gloves, brown or tan boots, and a black scarf or neck gaiter around his neck and lower face.