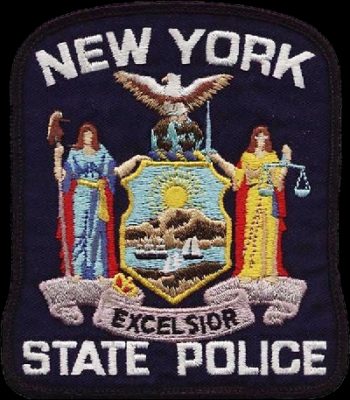 On October 8 at approximately 4:00 p.m., New York State Police at Whitney Point arrested Joshua J. Hackel, age 28 of Whitney Point, for the misdemeanors of Criminal Contempt in the second degree, Criminal Possession of a Controlled Substance in the seventh degree, Criminal Mischief in the fourth degree and Obstruction of Governmental Administration.

Troopers were dispatched to a residence on Leekville Road, east of Glen Aubrey in Boome County, for a report of a violation of a temporary order of protection.  A victim told troopers that Hackel made contact on social media and came to the residence.

Troopers located and arrested Hackel at a residence in Nanticoke. Troopers also found he was in possession of suspected methamphetamine and charged with Criminal Possession of a Controlled Substance in the seventh degree. While being processed at the State Police barracks at Whitney Point, Hackel became unruly, struck a trooper, then punched a wall causing damage to the wall.

He was subsequently transported to Broome County Central Arraignment and Processing.