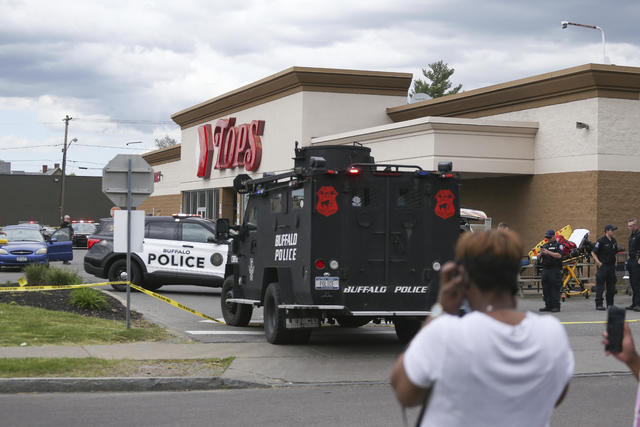 Korchak said in the statement released to Radigan Media’s MyHometown Today.com: “Our thoughts and prayers are with the people of Buffalo and the families of the victims of the senseless mass shooting on Saturday (at a Tops Friendly Market in Buffalo, where ten people were killed in what investigators call a racially motivated attack).

Susquehanna Valley School District Superintendent Roland Doig posted this letter on SV’s website: “While our thoughts have remained with the victims, their grieving families, and community members in Buffalo, our priority at home has been ensuring the safety and wellbeing of our students, faculty, and staff … the district enhanced existing measures to protect those in our care, including expanding mental health support services.”

Korchak’s statement read: “I have reached out to Erie County District Attorney John Flynn to offer the assistance of the Broome County District Attorney’s Office, in any way needed, to help with this criminal prosecution. I am limited by law as to what information I may discuss. However, due to the abundance of false information in the media, I feel the need to set the record straight.

“The subject of the investigation was a student at Susquehanna Valley High School and graduated in late June of 2021. In early June, in an online class, he made disturbing comments regarding murder/suicide. The school followed protocol and contacted the New York State Police. Based on information currently in my possession, no direct threat was made to the school or any student. There was no mention of firearms. The New York State Police responded to the subject’s residence and transported him to a local hospital for evaluation. The subject was evaluated and released. He subsequently returned to school, and even participated in his graduation without incident.

From the information provided to this office, the Susquehanna Valley Central School District and the New York State Police followed the procedures and protocols that were in place at that time. I am certain that members of the New York State legislature will review the facts and circumstances of this case and propose appropriate changes as necessary, regarding mental health and background checks when purchasing firearms.