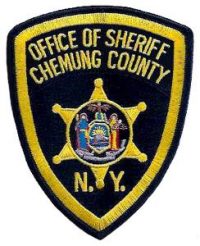 It was reported that a Hispanic male, approximately 5’6”,
thin build, with a goatee and short, dark hair had been operating a dark colored, older model Crown Victoria vehicle. This individual is estimated to be about 30 years of age, who spoke clear English. The subject was described as wearing black pants, similar to the type law
enforcement wear, black tactical boots, a long-sleeve flannel shirt with a tactical vest on top of the shirt and a name tag. The individual did not have any badge, patch or insignia that would identify as law enforcement, but he was wearing a black colored gun belt that had a hand gun or taser on it, a flash light and pepper spray.

The individual who was stopped did not notice a portable radio, handcuffs or a body camera. The vehicle was equipped with emergency lights on the inside of the front windshield, had a spotlight on the driver’s side, no front license plate, nor any other emergency lighting on the vehicle.

Shortly after the individual was stopped, he was asked to step out of his vehicle, at which time the Hispanic male searched the interior of the car and the individual was subsequently let go with a warning. After being stopped, the male subject drove home, advised his mother what had occurred and she immediately reported it to law enforcement. Currently, there are no suspects; however, the Sheriff’s Office is asking the public that if anyone was around that area at that time and may have seen this vehicle stop, that they contact the Chemung County Sheriff’s Office at 607-737-2933 or 607-737-2950. We are also asking anyone else who may have been stopped in
a similar fashion by this individual to also contact our agency.