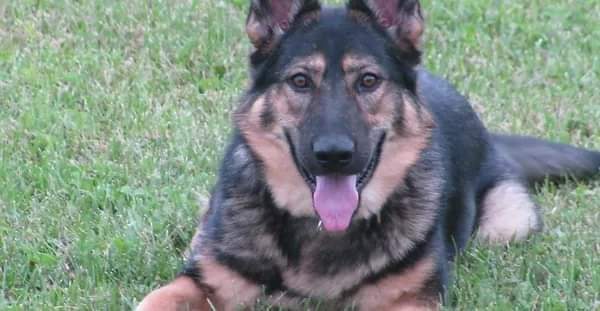 Tarah was born on November 17, 2007, at the Royal Canadian Mounted Police Service Dog Training Centre in Bowden, Alberta, Canada. Tarah was purchased by the Southern Tier Police Canine Association and trained by her handler Officer J.L. Vanek. She is credited with a nearly combined 900 arrests with the Endicott Police Department from 2008-2020 and also at the Owego Police Department from 2020 until her passing Monday.

Here are a few of Tarah’s success:

While on patrol, the Endicott K9 Unit came upon a ten-year old girl, laying on her back on the sidewalk, crying and her mother standing over her sobbing uncontrollably. This young girl was bleeding from the face and it was learned that she suffers from Muscular Dystrophy and can’t walk on her own, as well as being in constant pain. Her mother helped her out of the car to the sidewalk and was securing the car when her daughter tried to walk and fell uncontrollably to the ground. Medics responded and with all the activity K9 Tarah was barking in her K9 car. It became apparent that this young girl was interested in Tarah. Tarah was deployed and ran to the girl, who was now sitting up on the sidewalk. Tarah began licking her face and climbing all over her loving her up. The girl’s tears turned to a smile and joy.

The suspect in a Binghamton bank robbery on the West Side was arrested minutes afterward at his home. Binghamton police said Joshua Covey, 28, was tracked down to his Hazel Street residence within minutes after he allegedly fled with cash stolen from Peoples Security Bank on Main Street. Police said the bank is closed to the public and the suspect, Covey, was known to bank employees. That information was relayed to officers who quickly located him, and police executed a search warrant to recover the stolen cash. Covey was charged with a felony count of third-degree robbery. Binghamton Police Department was aided by an Endicott police K-9 unit during the investigation.

Endicott Department said after a rash of occupied apartment building structure fires an arrest had been made following an investigation into a structure fire at South Liberty Avenue that occurred on the night of February 16. Endicott Police say 39-year-old Ronald L. Butts Jr. of Endicott was arrested and charged for arson in the third degree, a class C Felony. Butts was taken into custody by Patrol Officers after being tracked from the scene by the department’s K9.

K9 Tarah was called in from off duty to assist Endicott Police Officers attempting to locate, a 60 year old M/W that suffers from dementia that was missing from 300 W. Main St wearing only socks, pajama bottoms, without a shirt or coat, exposed to the elements which were at the time snowing with a wind chill of -2 degrees. The K9 was directed to where an officer had lost the barefoot prints in the snow in the salted roadway. The K9 tracked and located the male and EMS responded transporting him to Binghamton General Hospital for medical treatment.

What began as a domestic incident ends in a police search and subsequent arrest of a man wanted in connection to a homicide last year in Johnson City. Endicott Police arrested 22-year-old Devon Carty of Brooklyn after a domestic dispute at 12 Jefferson Avenue in Endicott. Carty allegedly threw a chunk of concrete through a glass window, injuring a man inside the home. According to police, Carty broke free of officers while being escorted to a patrol car. A police K-9 Tarah tracked him to 308 Grant Ave., where he was spotted on the roof of a garage apartment. He was taken into custody from the third-floor back porch of a neighboring home. He was charged with criminal mischief, reckless endangerment, and assault. Police also found that he was wanted on a felony warrant for criminal possession of a weapon in the second degree, related to a homicide which took place in April of 2012.