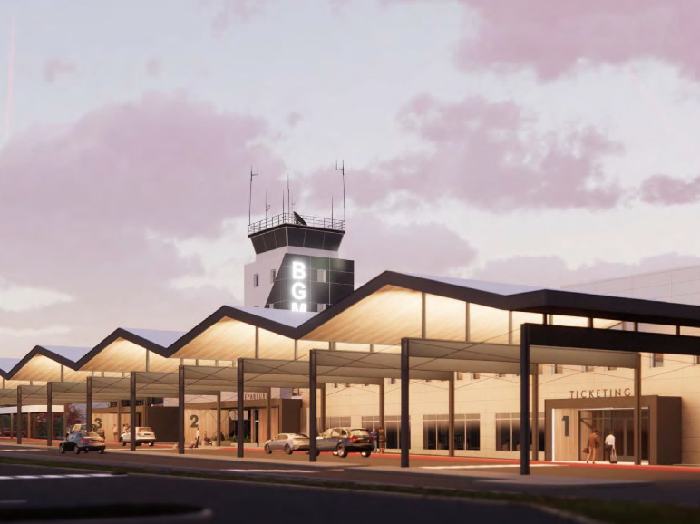 New Yòrk State has announced a $32 million to Greater Binghamton Airport for a revitalization project to modernize the airport. This funding comes from the Upstate Airport Economic Development and Revitalization Competition, a competitive solicitation that aims to promote, revitalize and accelerate investments in upstate commercial passenger service airports. Gov. Kathy Hochul made the announcement Wednesday at Greater Binghamton Airport.

Greater Binghamton/Edwin A Link Field Airport will get $32 million to fund two projects, the first of which will entail a relocation of the General Aviation Terminal to integrate it with the Passenger Terminal, unifying both functions in one renovated facility. The project will also include the creation of a new airport canopy designed to accommodate the future installation of rainwater collection and solar panels, helping to advance New York’s ambitious climate goals. Enhancements to the ticketing lobby and outbound baggage room, the departures lobby and lounge, the baggage claim, and other multi-purpose facilities will also be implemented.

The second project will construct a new, 3,000-square-foot General Aviation Customs & Border Protection facility south of the terminal, which will help the airport maintain its designation as a user fee airport.