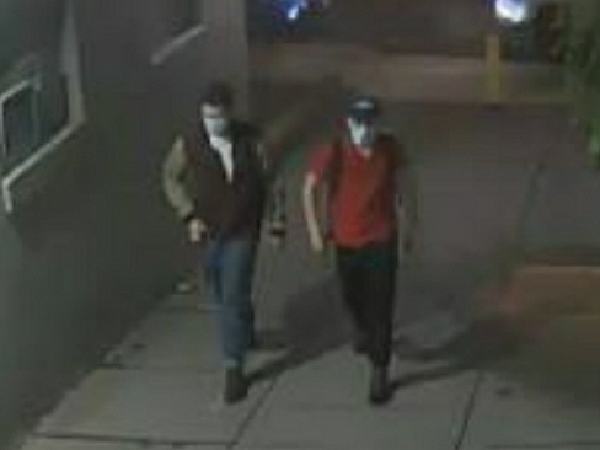 (Ithaca, NY) – Ithaca Police Department have reported numerous incidents of graffiti in the city over the last few weeks. Numerous businesses and residential housing have been targeted, including an Ithaca police car while the officer was out on official duties in the downtown area.

Police are following numerous leads and asking the public’s help to assist in identifying the perpetrator(s) of these numerous instances of criminal mischief related to graffiti.

The photo was taken in the Collegetown area. Both of the college-aged white males in the photo are known to be involved in perpetrating criminal mischief in the City of Ithaca. Any help from the public in identifying these two specific offenders is requested.

Further information is not being released at this time as these investigations are ongoing. Any witnesses regarding these incidents are encouraged to contact the Ithaca Police Department via the following means: