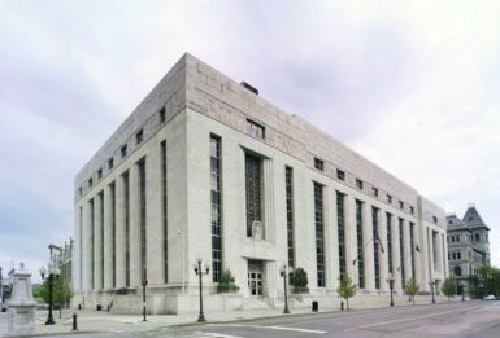 (Syracuse, NY) – Timothy E. Deuel, 63, of Tioga County, New York, pled guilty Monday to three counts of possession of child pornography. The announcement was made by U.S. Attorney Carla B. Freedman and Janeen DiGuiseppi, Special Agent in Charge of the Albany Field Office of the Federal Bureau of Investigation.

No specific residence in Tioga County was mentioned in a news release to MyHometownToday.com from the U.S. Department of Justice announcing the guilty plea. Several previous news reports on Deuel’s first conviction identified him as a resident of Richford in nothern Tioga County.

At sentencing, which is currently scheduled for November 29, on each of the three counts, Deuel faces a maximum sentence of 20 years in prison, a mandatory minimum term of imprisonment of 10 years, a fine of up to $250,000, and a term of supervised release of at least 5 years and up to life.  A defendant’s sentence is imposed by a judge based on the particular statute the defendant is charged with violating, the U.S. Sentencing Guidelines, and other factors.

This case is being investigated by the FBI Syracuse Mid-State Child Exploitation Task Force, comprised of FBI Special Agents and Investigators of the New York State Police, Bureau of Criminal Investigation (BCI), and is being prosecuted by Assistant U.S. Attorney Matthew J. McCrobie as part of Project Safe Childhood.

Launched in May 2006 by the Department of Justice, Project Safe Childhood is led by United States Attorney’s offices and the Criminal Division’s Child Exploitation and Obscenity Section (CEOS), and is designed to marshal federal, state and local resources to better locate, apprehend and prosecute individuals who exploit children via the Internet, as well as to identify and rescue victims. For more information about Project Safe Childhood, please visit https://www.justice.gov/psc