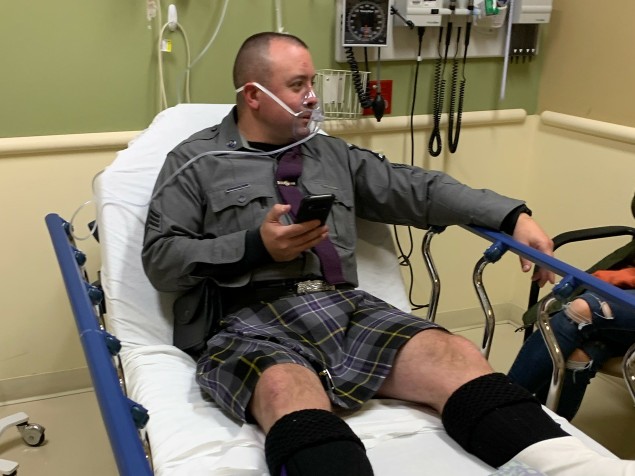 An Apalachin man is lucky to be alive after the quick actions of a New York State Police sergeant and two civilians. Sgt. Robert Bloom III was on his way to the Broome County Academy Graduation last week to play with the pipes and drums, and dressed in a kilt, when he saw smoke on Tioga Terrace in Apalachin.

From a distance, Bloom observed that a residence was on fire. Once on scene, he discovered that a male who is bedridden was trapped inside.  Bloom, the bedridden man’s father and a neighbor entered the burning residence. They were able to successfully get the man into a wheelchair and out of the housee. All of the men were transported to area hospitals for treatment of smoke inhalation.

Bloom is a seven-year veteran with the New York State Police. He worked as a trooper on patrol out of Deposit and later out of Endwell before becoming a sergeant and currently works out of Sidney.