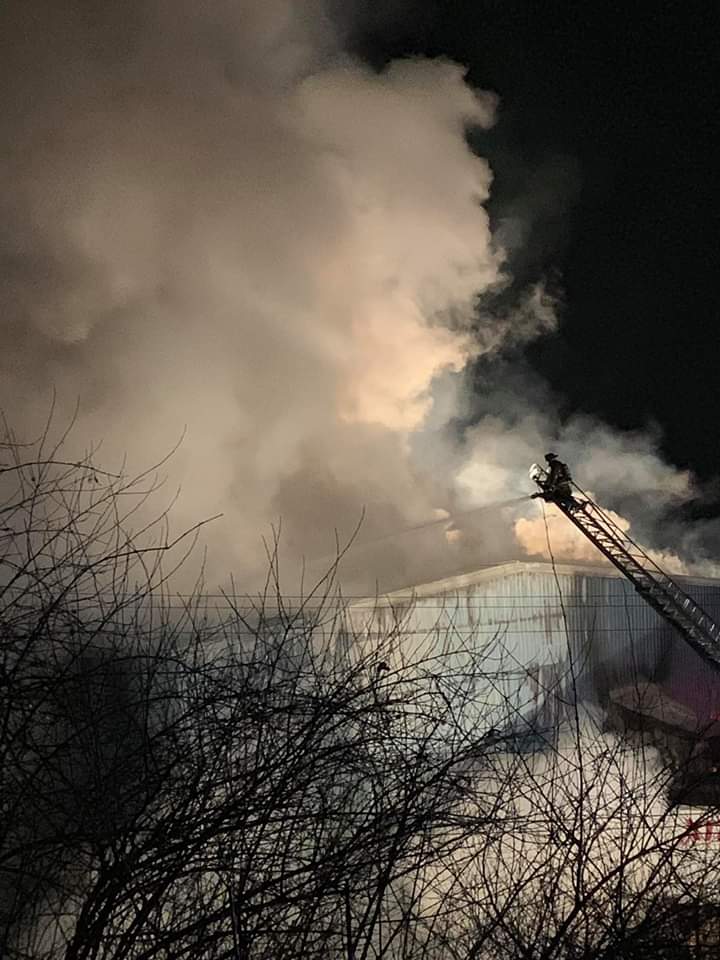 In a statement released Monday, Taylor Garbage said: “On Friday, January 3rd, we experienced a fire at our recycling center located at 5730 Route 434 in Apalachin.  While the incident is still under investigation, we believe it was started by a cell phone battery (which should not have been placed in recycling) that ignited one of the bales of recycled material.

“We would like to reiterate that it is very important for the public to understand what materials can and can not be recycled so future incidents like this can be avoided.

“We would like to thank all of the first responders and volunteers from around the Southern Tier that responded to the fire, risking their lives to ensure the fire was contained and extinguished as quickly as possible.  We would also like to thank the numerous well wishes from the public that have reached out and offered their support during this time.

“We are in the initial process of getting ready for demolition of the existing structures and will be rebuilding the recycling facility.  Normal waste and recycling operations and pick up schedules will not be affected however if this does change we will certainly let you know immediately.  Thank you again for your support and understanding during this time.