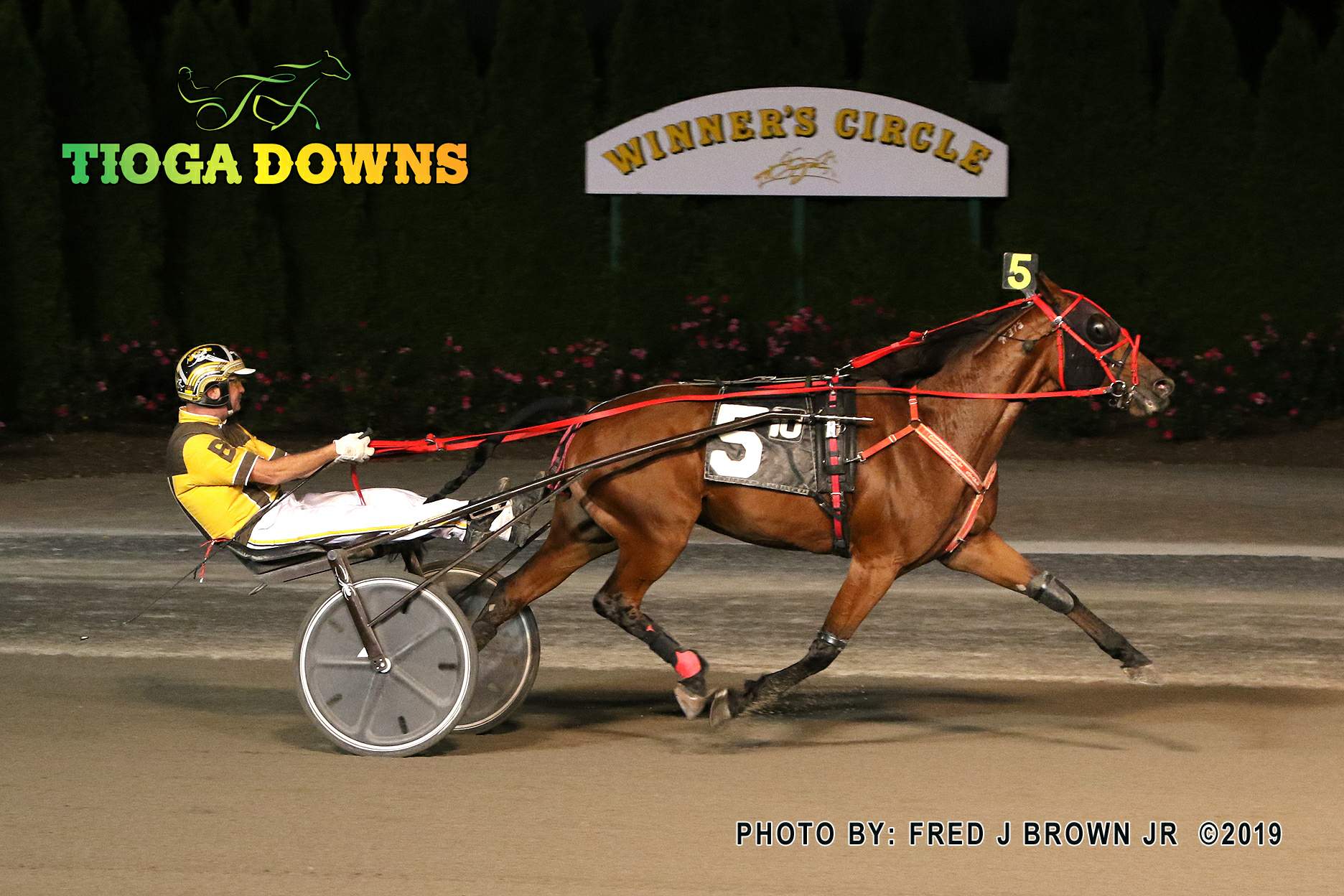 The winner of the closing night feature Saturday at Tioga Downs was Miss Flora (Corey Braden), who won the $11,000 open trot. Beguin Dugoutier F (FernPaquet Jr.) was first to the first quarter in :27.2.  Prarie Fortune (Jim Meittinis)  took over and led to the half in :55.4.  Campbellini (Wally Hennessey) was next to the front leading to three-quarters in 1:25.  BJ Lorado (Michael Merton) had the lead at the top of the stretch.

Miss Flora ($17.20), who is owned and trained by Mario Dessureault, blew right by to win in 1:54.4. Beguin Dugoutier F finished second; BJ Lorado was third. Miss Flora is a seven-year-old mare by SJ’s Caviar. It was her seventh win this season; she has 28 career victories.