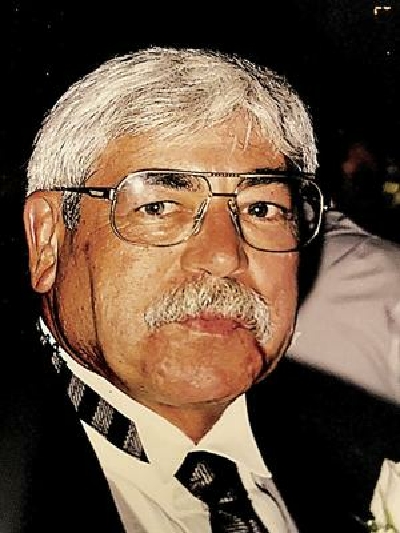 James T. McCloe, 69, of Waverly, passed away peacefully at his home in Williamsburg, Va., on Monday, August 17 after a battle with an aggressive form of leukemia. Jim was an integral part of Waverly High School, first as a student-athlete, and then returning as a teacher, wrestling coach and Athletic Director. He and his wife of 48 years, Cindy, also owned and operated three local businesses including Camp Olympia, McCloe’s Storage, and Apple Ridge Bed & Breakfast. Throughout all of his life experiences, Jim was able to touch the lives of so many throughout the community and beyond.

Jim was born to parents James and Helen McCloe of Waverly, New York on October 29, 1950. Jim’s upbringing and working alongside his father and brother in the family business instilled a strong work ethic early in his life. As a student at Waverly High School, he was an Eagle Scout and a stand-out athlete, earning multiple awards in football, wrestling and track. It was his love of wrestling that launched his outstanding collegiate career at SUNY Delhi, where he earned a National Junior College Championship in 1971. In the fall of 1971, Jim was recruited to wrestle at Division I East Carolina University. While at ECU, Jim won many titles including: two-time North Carolina Collegiate Champion; Southern Conference Champion; first and fourth at the prestigious Wilkes Tournament; two-time First Colonies Champion; the Pembroke Open Champion; the Maryland Federation tournament Champion; was selected to the NCAA East-West All Star Team; and was an NCAA qualifier. After graduating from ECU with his degree in Education, he became a graduate assistant and coach at West Chester University where he was awarded his master’s degree. He concluded his academic career with an Administrative degree from SUNY Cortland in 1988.

Jim returned to Waverly in 1975 with his wife, Cindy and raised their three daughters while developing an outstanding wrestling dynasty with his best friend, Charlie Hughes and the support of family and friends. Coach Jim McCloe retired from Waverly High School in 2007 after serving 33 years as Head Wrestling Coach of an incredibly successful wrestling program. For 16 of those years, he was also the Director of Athletics for the district. Prior to that, Jim taught Health and Physical Education and coached JV football.

Jim is survived by his devoted wife of 48 years, Cindy. Of all his life accomplishments, Jim could be heard saying that one of his favorites was his time spent in retirement. He was the best Papa that any grandchild could ask for and was always cheering them on in their activities from near and far. He loved to be outdoors with his grandchildren, playing games and sharing his love of gardening. He enjoyed cheering on East Carolina University, Ohio State and Alabama sports with his family and especially enjoyed tailgating with his antique car at ECU football games. Jim and Cindy were able to vacation in some amazing locations and enjoyed world-wide travel. He always looked forward to returning to Waverly to the annual class of ‘69 reunions that his good friend, Jerry Arnold, hosted. Jim’s smile and contagious laugh during the good times will be cherished forever. His strength and encouragement will continue to be felt during the toughest times.

No High School Football, Volleyball or Cheerleading This Fall in New York State