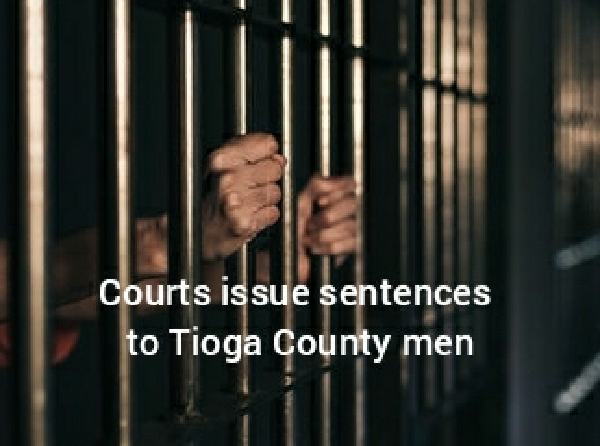 According to Michael A. Korchak, Broome County District Attorney, Bobby R. Gayle Jr., 51, of Newark Valley, recently entered a plea of guilty in Broome County Court to Criminal Possession of a Controlled Substance in the Fifth Degree. On May 12, 2022, in the City of Binghamton, Gayle possessed a quantity of methamphetamine with intent to sell. He will be sentenced on November 7, 2022, to three years in a New York State prison, plus two years post-release supervision.

Bradford County District Attorney Albert C. Ondrey said Johnathon Feaster, 31, of Candor, NY, was recently sentenced in Common Pleas Court in Towanda, Pa., to incarceration in the Bradford County Correctional Facility for three months and 48 hours to 18 months, in addition to fines of $3,000, plus court costs; restitution of $36,917 for the offense of driving under the influence, Tier II, with accident, misdemeanor; and accident involving damage to attended property, misdemeanor. Officer Cody Welsh of the Athens Pa. Borough Police Department arrested Feaster for the offense occurring on October 2, 2021.