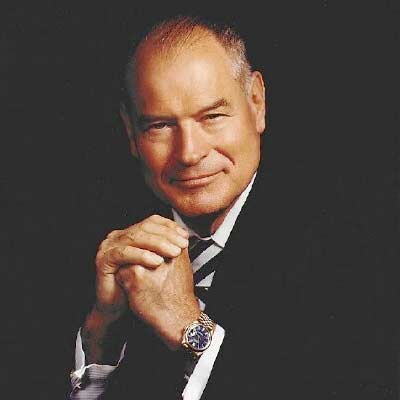 ROBERT B. THIEME, JR. (1918–2009) remains a significant voice of Christianity throughout the world. His diligent, expository teaching is based on the original languages of Scripture in light of the historical context in which the Bible was written. His innovative systems of vocabulary, illustrations, and biblical categories clearly communicate the infallible truths of God’s Word. Thieme recorded more than eleven thousand hours of sermons and published more than one hundred books covering much of the Bible.

Thieme graduated from the University of Arizona (Phi Beta Kappa) and Dallas Theological Seminary (summa cum laude). His seminary studies were interrupted by World War II military service during which he rose to the rank of lieutenant colonel in the United States Army Air Corps. After completion of his graduate work in 1950, he became pastor of Berachah Church in Houston, Texas. His extensive training in Greek, Hebrew, theology, history, and textual criticism provided the foundation for his demanding professional life of studying and teaching the Word of God. Thieme retired as pastor of Berachah Church after fifty-three years of faithful service.

The unique focus of R. B. Thieme, Jr., Bible Ministries concentrates on procedures for living the Christian way of life. Thieme has not taken lightly the Lord’s command, “Feed my sheep.” Pastor R. B. Thieme, Jr., has recorded thousands of hours of sermons and has published over one hundred books on subjects such as salvation, spirituality, the Christian life, the essence of God, biblical history, and prophecy.