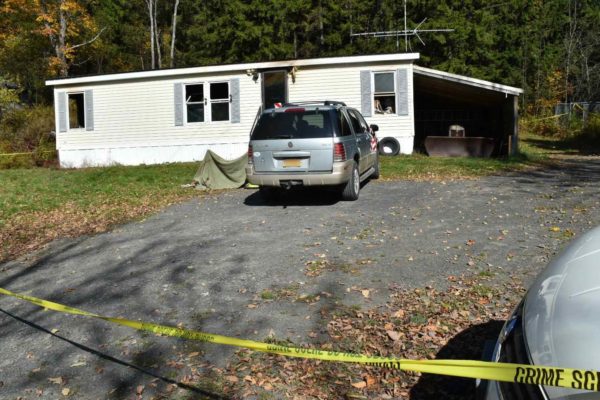 This is the house where State Police say a man was killed last Thursday.

Troopers were dispatched to a residence on Head Road in the Town of Worcester at 9:17 p.m. Thursday, October 10 for a report of a fire. Troopers located Kenneth W. Robinson, age 53 inside the residence deceased. A subsequent investigation revealed Robinson sustained a fatal gunshot wound prior to the fire. Two children were inside the residing with Robinson at the time of the incident, but were unharmed.

New York State Police have determined no additional suspects are being sought at this time. This is not a random act of violence and there is no threat to the public. The motive is robbery, but Investigators are still trying to determine exactly what the suspects were looking for.

Gov. Cuomo: ‘Everyone’s Anxious to Reopen, I Get It, People Need to Get to Work’

Gov. Cuomo and Other Governors Set Up Council to Get People Back to Work

Some People Apparently Don’t Get It; Another NY State Police Car Hit